A new challenger bank has arrived on the scene in Germany with the launch of mobile-only insha, which focuses on interest-free Islamic banking. 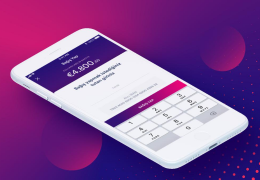 Based in Berlin, the bank is a digital offshoot of Istanbul-headquartered Albaraka Türk Participation Bank, and was first developed in mid-2017 for the Turkish market.

Kemal Payza, API program manager at Albaraka and previously business development manager, leads the project, and has put together and 20-person team across insha’s Berlin base and Albaraka’s Istanbul HQ.

The new entrant claims to be the first interest-free digital banking provider in Europe and says that new users can sign up in eight minutes. It offers savings, donations and zakat calculations as standard.

“Insha places the daily life of a Muslim in the centre of its interest and is always there for you,” the company writes.

Albaraka and solarisBank underpin the technology and infrastructure of insha. Its debit card is provided by Mastercard.