Khoja leaves Mastercard after eight years at the payments giant, with his final two years as executive vice president for merchant solutions and partnerships. 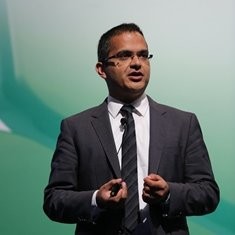 Afterpay says he will cover sales, client relationships, business growth and partnerships as the firm continues a “rapid market expansion”.

The buy now, pay later (BNPL) firm recently opened a New York office, and plans to establish a new headquarters in the region.

It says its employee numbers have doubled in the US in the past 12 months.

“It’s an absolute honour and privilege to join this business with such strong momentum, especially in North America,” says Khoja.

“Because of its customer-centred business model and partnerships with the world’s best brands, Afterpay has quickly become the global leader in BNPL.”

Founded in Australia in 2016, Afterpay has expanded to become one of the largest BNPL services in the US.

The firm has raised $448 million in funding and counts Mitsubishi UFJ and Tencent as major investors.

It acquired Spanish BNPL Pagantis in August 2020 in a €50 million deal, marking a greater expansion into Europe. It already owns and operates UK-based Clearpay, bought from Thinksmart in 2018.

An Afterpay user in California has filed a class action lawsuit against the firm, claiming it forces customers to take on “huge, undisclosed fees”.