Visa and Plaid call off $5.3bn merger after US regulatory pressure

Visa and Plaid have called off their $5.3 billion merger, announced almost exactly a year ago. The move follows pressure from US regulators for the two parties to drop the deal.

The US Department of Justice (DOJ) filed a civil antitrust lawsuit against the merger back in November. It alleged that Visa’s reason for acquiring Plaid was to take a future competitor out of the market. 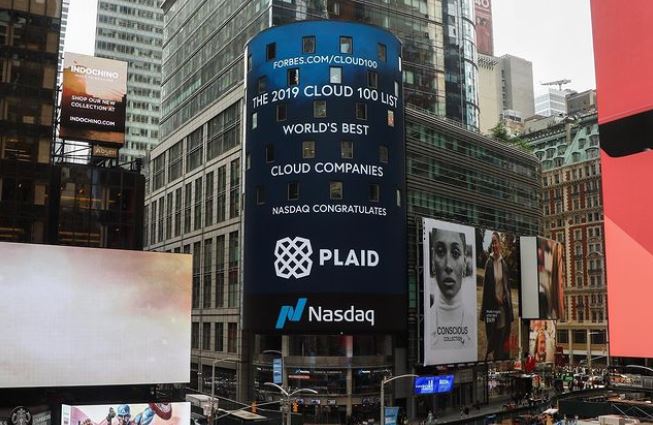 Now all parties have all agreed to a termination of the deal to dismiss the US government’s litigation.

Visa’s chairman and CEO Al Kelly claims the deal was “not competitive” and that it would have upheld in court.

He adds that “protracted and complex litigation will likely take substantial time to fully resolve”, shedding some light on why the card giant decided against completing the acquisition.

Plaid will now work with Visa “as an investor and partner”, according the latter’s CEO, Zach Perret.

Perret adds: “Unfortunately, the pace of a multi-year regulatory review is not compatible with the fast-moving realities of a start-up”.

The fintech CEO says delaying closure of the deal another year simply wasn’t an option. The two had initially intended to close the deal by June 2020.

The DOJ’s complaint alleged Visa saw the acquisition as an “insurance policy”. It said the firm wanted to buy Plaid to protect against a threat to its “important US debit business”.

This acquisition was seen by many at the time, including Royal Park Partners managing partner Aman Behzad, as a bid from Visa to remain relevant.

“Visa (and Mastercard) remain hugely worried about a future where card networks are no longer required and direct bank payments and digital wallet usage completely bypass their payment rails,” he told FinTech Futures.

In June, Mastercard agreed to buy Finicity, a financial data aggregation start-up, for $825 million. The DOJ-approved deal was a fifth of the price of Visa’s with Plaid.

According to the DOJ, Visa controls approximately 70% of the online debit transactions market. Mastercard’s smaller 25% share could be why its later deal wasn’t blocked.

The DOJ has alleged in the past that merchants have little choice but to accept Visa debit payments.

Reports of the suit swirled in late October. The Justice Department filed a petition in the US District Court for the District of Massachusetts forcing Visa’s consulting firm Bain to comply with its inquiries.

Bain was accused of withholding documents requested by the regulator and trying to stymie the investigation.

But Visa CEO Kelly said on an earnings call that same month that the firm was continuing to engage with the DOJ.

The DOJ wasn’t the only regulator to probe the deal. A UK regulator was initially concerned over the competition implications for UK-based payment initiation service providers (PISPs).

The Competition and Markets Authority (CMA) concluded an investigation in August, giving it the green light.

It found that Plaid “would have been an increasing competitive threat” to Visa in the future, but that it is only one of several PISPs already active in the UK.

On that finding, the CMA said there competition from PISPs would remain even after the Visa-Plaid integration.

Plaid’s next move could fit in with a rising popularity in special purpose acquiring companies (Spacs).

A number of fintechs have decided to be bought by Spacs in order to go public. This is largely because it offers more surety. Something Plaid will likely value following a year of regulatory-fuelled ‘will they, won’t they’.

This year has already seen 34 Spacs go public, according to Axios. One of the latest fintech Spacs to be announced is SoFi’s. The Spac values SoFi at $8.65 billion.

Its CEO Anthony Noto told CNBC that the choice to go public via a Spac was based on the “deal certainty” of such an arrangement.

The Spac route to an initial public offering (IPO) is becoming increasingly popular – particularly in the US. In 2020, some 445 total IPOs took place in the US. Roughly half, or 248, were Spacs that returned on average more than 5%.

In the last two months alone, the likes of eToro and TransferWise have considered a Spac as a way to go public this year.

Paysafe, the Isle of Man-based multinational payments company, announced in December it was merging with a Bill Foley-backed Spac to list at an impressive $9 billion valuation.

Read next: SoFi set to go public via merger with Palihapitiya’s fourth Spac