UniCredit CEO to step down in 2021

Jean Pierre Mustier, the CEO of Italian bank, UniCredit, has announced he will step down next year. 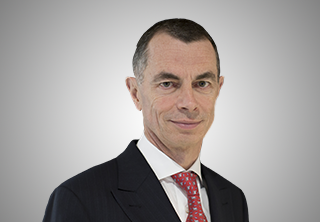 Mustier started a cost-cutting strategy set to finish in 2023

According to Reuters, the outgoing CEO butted heads with the bank’s board. He ruled out a strategy of mergers and acquisitions to bolster the bank’s balance sheet.

“Over the last few months, it has become apparent the strategy and its core pillars no longer correspond to the board’s current thinking,” Mustier says in a statement.

“Hence I have decided to retire from the group at the end of my mandate in April 2021, to allow the new board to elaborate a future strategy.”

Reuters reports that headhunter Spencer Stuart is leading the search for a replacement CEO.

Mustier is another in a list of CEO changes at major banks announced at the tail end of this year.

Credit Suisse, UBS, ING, Commerzbank, and Lloyds have all switched up the people at the top of the pile as we head towards 2021.