JP Morgan Chase has introduced a bank account for kids in partnership with Greenlight, a fintech in its portfolio which reached unicorn status last month. 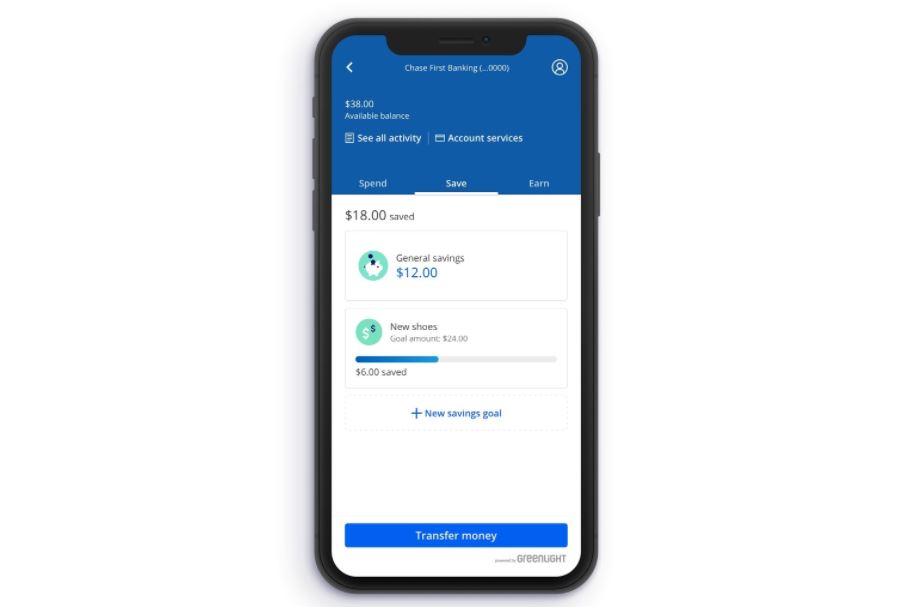 But its new account, called Chase First Banking, is fee-free and designed for both kids – as young as six – and teens to manage their money under their parents’ supervision.

JP Morgan’s new product allows users to complete and check off chores, manage allowances, monitor spending, and save towards goals.

The user experience (UX) is split into three components: Spend, Save and Earn.

Parents can set allowances and assign chores through the app. Kids are issued with their own debit card, which has pre-set spending limits and stores agreed on by their parents.

The JP Morgan Chase app has around 39 million “active” customers, most of them adults.

The bank spent two months piloting its newest account on employees. It said in a statement that one finding revealed kids logging in “almost every day” to check the progress of their savings goals.

“Having this account is like having a financial health learner’s permit,” says Kavita Kamdar, head of Chase First Banking. “Kids can learn how to manage money, and parents have the ability to guide their experience safely and in real time.”

The value proposition for kids

Banking services for kids are fast becoming a trend amid both challengers and incumbents alike.

GoHenry dominates the challenger junior account space in the UK. Whilst Spriggy is a big fintech player with the offering in Australia.

And since Revolut launched its under-18 junior accounts in March, a number of banks have jumped on the child-friendly banking bandwagon.

These include HSBC and its PayMe e-wallet for 16-year-olds and above in Hong Kong, Malaysia-based Hong Leong Bank’s (MLB) HLB Pocket Connect, and Irish postal service An Post’s Money Mate.

Roughly seven in ten parents give their children an allowance of around $67.80 per month. That’s according to a recent survey by the American Institute of Certified Public Accountants.

“Banks also have an opportunity to pick up mum, dad, the grandparents, and the rest of the family if they get the value proposition right.”

The Commonwealth Bank of Australia (CBA) got into the market as early as 1931 with its ‘Dollarmites’ programme. The bank says today that 20% of its savings volume comes form “youth-related” avenues.

Mistry points out that analysts estimate CBA’s child banking platform to be responsible for around 8% of the bank’s value. That’s around $17,421 per child.