The first banks are widely recognised as providers of grain loans to farmers and traders around 2000 BC in Assyria, India and Sumeria. It has largely been a game of banking the adults since then, with an increasingly more diverse and complex set of products.

About 20 years ago that process began getting digitised, thanks to the efforts of companies like Netscape that took the internet public.

Since then much has changed, with technology, regulation, and wealth redistribution among the key themes. These are driving an increase in the commoditisation of banking but also in the things people want and the way they expect them to be delivered. Research by Telstra indicates that it won’t be long for the Baby Boomers to be an irrelevant category for banks and for Generation Z to enter the aperture.

These customers are mobile-first, gamers and digital/social natives as distinct from their older brothers and sisters who are internet natives, thanks largely to the work of Gen X.

The future of banking isn’t denying Baby Boomers of their cheque books. It is being relevant to a generation born in a technology ecosystem that makes handling vast amounts of information, connecting, interacting, winning and having fun being primary nature. Winning is getting ahead of that notion, building trust and skills by creating experiences for them. The earlier you start the better you learn and that goes for the customers as well as the provider.

Roughly seven in ten parents give their children an allowance who receive on  average $67.80 per month, according to a recent survey by the American Institute of Certified Public Accountants. Banks that acquire customers at a young age, through pocket money, have a great opportunity to convert and build relationships early. Banks can instil a sense of trust and value and convert them into being their main financial institute once they get their first job and have a first mover advantage when it comes to loan time. Banks also have an opportunity to pick up mum, dad, the grandparents, and the rest of the family if they get the value proposition right.

Despite the opportunity having existed for a while, the challengers and the incumbents are now piling in, according to a study by Moroku, a digital experience builder. ING, NatWest, Revolut, Caixa, HSBC and recently Starling are all getting in on the act. The Commonwealth Bank of Australia (CommBank) got into the market in 1931 with their Dollarmites programme and now attests that 20% of its savings volume is “youth related” as well as the largest loan book in the country. Analysts believe that CommBank’s children banking platform is responsible for 8% of the bank’s value or around $17,421 per child. 90 years later, others are catching on. 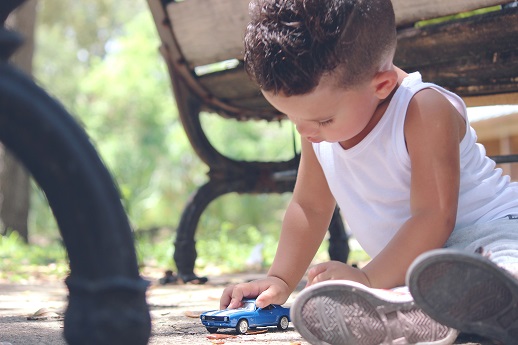 I’m just saying there is an opportunity to learn how to “gamify” banking today.

Fintechs spotted it somewhat later. GoHenry in the UK, Spriggy in Australia and Greenlight in the US have all been chipping away at banks’ customers. Moroku with its ChoreScout platform has gained traction with its enterprise platform and has allowed its customers to launch much faster and with powerful features for gamification.

Kids aren’t driven by “banking needs” but through a combination of fun, learning and purpose driven goals. They understand digital currencies from game play, they expect to personalise their apps, they expect an ecosystem of support through video coaching (YouTube), they want to share the achievements on social and often want to collaborate during their play. Just as the childhood skills of controlling a joystick have created jobs for drone operators, intrinsic skills and capabilities from games/apps they use today will be expected in banking’s next generation interfaces. Banking the youth is less about the account and more about creating a model for next generation adults now, building great beliefs and values around money and stacking habits.

Of course, there is a social responsibility to educate kids and parents in money management, but banks are missing out by not capitalising on learning/experimenting with these new skills, values and beliefs of Gen Z.

I’m just saying there is an opportunity to learn how to “gamify” banking today through Gen Z, not just provide basic banking for kids. I guess the reason is that there is not a strong enough understanding of technologies like gamification platforms or that the link between Gen Z and next generation banking has not been made. Either way, there is a huge opportunity for banks. I am just surprised that the fintechs haven’t fully exploited this sooner, so I’m guessing the issue is a lack of understanding about gamification platforms, and I hope to make that clearer next time.