Citigroup is resuming a programme of job cuts after pausing the process in the middle of the coronavirus pandemic.

The bank, which became the first Wall Street institution to appoint a woman as its CEO last week, employs around 204,000 people. The bank expects its cuts to affect 26,000 people in 2020.

Citi wasn’t alone in putting a pause in place. Many major banks placed job cuts on hold around March, including Wells Fargo, HSBC, and Morgan Stanley. 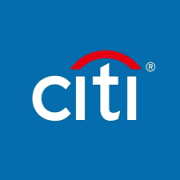 Citigroup is resuming a programme of job cuts.

In a statement first reported by Bloomberg, the bank fails to mention which divisions would be affected by the cuts.

Citi is undergoing a structural overhaul under the auspices both the Federal Reserve and the Office of the Comptroller of the Currency (OCC).

The US regulators are considering a public sanction on the lender for failing to improve its internal processes.

Outgoing chief executive, Mike Corbat, mentioned in his retirement notice that the overhaul would be a multiyear project. Financial Times sources confirmed that Corbat had not been asked to step down by regulators.

According to Corbat incoming CEO, Jane Fraser, should prepare to lead Citi’s changes “from the beginning”.

Fraser, a former partner at McKinsey, is already one of Wall Street’s most senior women.

She spent 16 years at Citi and headed its consumer bank since last year. Before that, she headed Citi’s Latin American business.

Colleagues praise her leadership skills and strategic thinking, as well as her fondness for practical jokes.

Fraser will immediately contend with mollifying the Fed and OCC, which have raised repeated concerns about Citi’s risk reporting.

Citi CFO promised the bank would spend more than $1 billion on new infrastructure in 2020 to redress issues.

Banks across the world have wrestled with cutting costs and laying off staff all year, and many have restarted job cuts in the past few months.

August saw ABN Amro slash the size of its investment bank and Commerzbank announce the closure of 200 branches.

That same month, Wells Fargo resumed its job cutting programme after a short break during the pandemic. Layoffs, branch closures and cuts to third-party spending are on the table.

In July, UK bank Virgin Money said it would restart job cuts and branch closures after a COVID-19 pause.

Deutsche Bank became the first major lender to slash staff again in May, putting the move down to “essential” transformation needs.