After being known as the Royal Bank of Scotland (RBS) Group for 300 years, the bank has announced it will change its name to NatWest Group.

The Scottish bank, which owns RBS, NatWest and Ulster Bank, announced the change alongside its annual financial report, revealing its profits shot to £3.1 billion in 2019, nearly double the £1.6 billion it brought in the year before.

The new name will come into effect “later this year”. The bank said in a statement to its investors: “The board has decided that it is the right time to align the parent name with the brand under which the great majority of our business is delivered.” 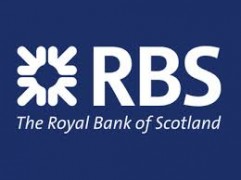 Less tainted by the stresses of the financial crisis which saw then-named RBS bailed out for one of the largest sums at the time of £45.5 billion. The new name seems to be a part of what new RBS CEO Alison Rose is calling the “start of a new era” for the bank.

“It really makes no sense for us to continue to be called RBS, which was a concept designed for a global group of banks we no longer have,” the group’s chairman Sir Howard Davies adds.

The bank has also said it will cut down the size of its investment bank called NatWest Markets, as well as halve the carbon emissions on its loan book by giving up some of its long-term profitability targets. Looking at the bank’s average analyst forecast of profits for last year, it seems the bank out-performed this by £400 million.

When RBS bought NatWest in 2000 for £22 billion, the plan for the next eight years leading up to the 2008 financial crash was aggressive expansion. Now, Rose plans to further reduce some of the risk the bank’s investment arm holds, and aims to reduce its risk-weighted assets from £38 billion to roughly £20 billion.

Rose says the investment business will become “a much smaller and simpler part of” the bank’s operations. As for growth, the bank has abandoned its 12% return on equity target this year in favour of a “medium- to long-term” target of between 9 and 11%.

Despite the better than expected profits, shares fell 6.6% on Friday due to what some analysts expect is down to the bank’s smaller than expected dividend. Davies justified this by saying the bank wants to stash its capital in order to prepare for a potential “buyback” scenario, where the bank buys back the shares it had to sell to the government upon its bailout.

The financial review also mentioned its retail challenger bank Bó, whose CEO Mark Bailie was said to be leaving the bank at the end of last year. It will now be headed up Marieke Flament, who is also the CEO of the bank’s business challenger bank Mettle.

Flament’s appointment comes following a flurry of executive departures from the bank. CEO of RBS’s retail bank Les Matheson announced his departure in October, and in December the departures of Chris Marks, the CEO of NatWest Markets, and finance chief Richard Place were announced. Davies is also set to leave.

Read next: FinovateEurope: RBS head says bank has “turned a corner” in its innovation culture