Bó, the challenger bank launched by the Royal Bank of Scotland (RBS) last November, is replacing all the cards it released to customers before 3 January 2020 due to an authentication issue. First spotted by AltFi, the neobank told customers in a post published at the end of January that the new card will ensure “stronger identity checks”.

The post cites new regulations for cancelling the bulk of its cards issued so far, including the second Payment Services Directive (PSD2) and Strong Customer Authentication (SCA), which came into force in January 2018 and September 2019 respectively.

A spokesperson from RBS tells FinTech Futures that Bó had to reissue cards to 6,000 customers, and that the authentication precaution was taken in the wake of the extended SCA deadline – which is 14 March 2020 – to implement SCA for online banking. 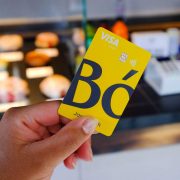 Bó had to reissue cards to 6,000 customers

The new Bó cards will have a contactless spending limit of £130 before users need to plug in their PIN for further transactions. Entering their PIN automatically resets the limit. The neobank reasons the change is to help protect its customers from fraud.

“If you opened an account after 3 January, you will automatically have been sent a card that is compliant with the new legislation,” Bó’s editor-in-chief Clair Whitefield explains. Cards issued before 3 January but which are still in use will be deactivated on 14 March.

Following the September 2019 deadline for SCA, UK challenger banks such as Monzo and Starling Bank began to decline contactless payments once customers hit the rough £100 contactless transaction limit, asking them to plug in their PIN instead. Challenger Revolut allows customers to ‘pre-authenticate’, notifying them when they are near the limit and allowing them to re-set the limit within the Revolut app.

Alongside this authentication oversight by Bó, which went on for roughly two months after the regulation came into place, the challenger is also expected to see its CEO Mark Bailie leave in the coming weeks as part of a wider RBS shuffle in leadership positions by its first female CEO Alison Rose.

Read next: SaaS fintech Rimilia raises $15m from SVB and other investors