GoSave to launch digital piggy banks in UK before Christmas

GoSave, a Californian fintech start-up, is set to launch its digital piggy banks in the UK later this year in the run up to Christmas. Co-founder and CEO Andrew Birt tells FinTech Futures why the fintech decided to tap the financial market and how it intends to capture its imagination.

“We’re fighting the inertia of kids not saving,” says Birt. Designed for kids who are in the ‘pre-smart phone’ age range, GoSave’s piggy bank installed with a four-and-a-half inch screen, which is one of – if not the first – physical piggy banks purpose-built for open banking.

“Initially the start-up was about financial literacy, but then neobanks and open banking happened, so we built the product to link it to a real bank account which can initiate transfers through the platform itself,” says Birt, who has a two-year-old and a five-year-old himself. 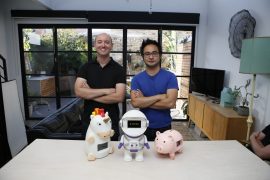 The fintech can connect the money saver to either a bank account, or a smart reloadable debit card. “We’re in discussions with a number of potential partners around the world on linking GoSave directly to these platforms,” says Birt, who cannot disclose their names at this time.

“A growing segment of parents don’t want kids to have a smartphone until the age of 12 or 13,” he says. Despite research in the UK by Childwise last month suggesting that by the age of seven 53% of British children own their own mobile phone, Birt is confident the physical aspect of GoSave’s product will resonate with parents.

Read more: Trio digital brokerage to launch in US by ex-N26 employee

The digital piggy bank “makes the whole process tangible”, he says. “How do you teach kids about money when money sent via a phone just disappears?”. From the age of seven, GoSave believes a gap emerges where kids “are so eager to learn” but they are still a way off from the age where “they’re cynical or ‘too cool’” for it.

It works based on a reward scheme, similar to some of the child debit card services which have recently launched – namely US-based Greenlight and France’s Pixpay. Children will be set chores, goals and rewards through GoSave’s piggy bank screen as part of the fintech’s mission to attach a tangible rather than merely transactional quality to money for youngsters.

Asked why it’s launching in the UK first, Birt says he thinks the country has a friendly culture towards chores and spending. In places such as the Netherlands and Germany, Birt says there is “less of a chore presence”, hence why these aren’t regions on the top of GoSave’s agenda. 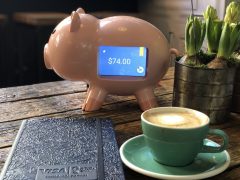 Denmark-based start-up Ernit, known for creating the world’s first smart piggy bank for children, put itself up for sale last August after failing to raise enough capital to scale the company. Whether or not this was down to the country’s chore attitude, insiders told Fintech Futures at the time that the founders had not been able to perceive a scalable business model both commercially and technically for the product.

GoSave has a two-pronged business model. In the first instance, it will sell the digital piggy bank directly to retail consumers through its website – which is live now – as well as physical shops and online marketplaces such as Amazon. In the second, it will sell bulk units of the product to banks as an acquisition tool to draw in more customers.

The co-founder says neobanks are a particularly good prospect for the fintech due to their open banking-friendly platforms, and says the start-up has already had conversations with some of the youth-focused cards out there as it does not consider them direct competitors.

In its early days still, GoSave has shipped just 500 digital piggy banks so far. Once established in the UK, the start-up plans to launch a debit card and expand its product to the US, and then later to Australia, where co-founder Birt is from. In the meantime, the fintech is looking to raise a round of funding and build out its team in London.

Read next: How SalaryFits is connecting banks with the unbanked