Oxbury, the challenger bank for British farmers, has landed its banking licence from UK regulators and launched its Series C funding round in a bid to secure investors interested in backing British agriculture.

The now fully-fledged neobank is set to launch into the market later in 2020 “after a short pilot period”, the company said in a statement. The fintech will offer lending products specifically designed for British farmers – namely its flagship offering ‘Oxbury Farm Credit’ – as well as savings accounts to other businesses and the general public.

“[Our lending services will] solve the cashflow problem faced by farmers having to fund their inputs many months before receiving income from the sale of the produced goods, which has been holding back the growth of their farms and tying up valuable cash in the production cycle,” the company says. 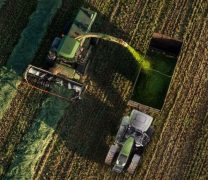 The neobank’s board of directors includes ex-head of business banking at HSBC Huw Morgan and former Bank of England adviser Tim Fitzpatrick. The company says it is seeking “like-minded investors” – those with an interest in supporting an agricultural bank offering – to join the next funding round.

“This is an important milestone in bringing to market the only UK based bank that has its thinking, expertise and empathy exclusively focused on the agricultural market and the needs of British farmers,” says CEO and co-founder James Farrar, who spent 17 years at the Bank of Scotland before spending smaller stints at HSBC, Nationwide and ClearBank.

Oxbury’s MD and co-founder Nick Evans describes the fintech as “a new specialist bank founded by the agricultural sector for the sector and is designed to work in partnership with long-established agribusinesses that farmers know and trust”.

“This trust is essential at a time of great change and opportunity in British agriculture that is being embraced by forward thinking farmers to secure the prosperity of British farms in a sustainable way,” says Evans.

With the imminent prospect of post-Brexit tariffs with the EU, and the National Farmers’ Union leader Minette Batters words last year which predict these tariffs will price British farms out of the export market, financial support for the UK’s agricultural sector will be in high demand this year.

Oxbury also mentions its mission to support agriculture’s transition to a low-carbon economy, as one of the sectors committed to helping the UK meet its ambitious pledge of net zero carbon emissions by 2050.

Read next: Trio digital brokerage to launch in US by ex-N26 employee