Philip Hammond, the former UK chancellor and foreign secretary, has joined SoftBank-backed OakNorth as the fintech looks to accelerate its overseas expansion, as reported on the Financial Times.

Hammond will become a member of OakNorth’s advisory board, alongside Conservative grandee Francis Maude and former senior regulators Adair Turner and Martin Stewart. 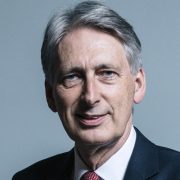 Hammond says: “We don’t know yet what the post-Brexit environment will look like”

“Fintech is one of Britain’s success stories and OakNorth is a flagship of the British fintech sector,” Hammond tells the Financial Times. “OakNorth’s principal lending sector is an area I know pretty well and I’m very excited about the prospect of rolling [its technology] out with partners around the globe.”

OakNorth, which was valued at $2.8bn in a bumper fundraising led by SoftBank’s Vision Fund last year, lends to medium-sized businesses through OakNorth Bank in the UK, and licenses its credit-decision technology to lenders in other countries.

Rishi Khosla, OakNorth chief executive, says Hammond’s “connectivity with finance ministers and business leaders in other countries is clearly an aspect which is highly valuable”.

He adds that “the UK is pretty late in the credit cycle” and says the former chancellor’s economic expertise would help to “make sure we build a sustainable long-term business” to deal with any future downturn.

Hammond quit politics ahead of December’s general election after falling out with Prime Minister Boris Johnson over Brexit.

Asked about the impact the UK’s departure from the EU would have on OakNorth and other businesses, Hammond says: “We don’t know yet what the post-Brexit environment will look like — that’s the key challenge for 2020. The government has to deliver a working environment for British business.”

“We need to focus on those areas where we can be global leaders and seek to grow them,” he adds. “That should be the government’s focus.”

OakNorth is the second company Hammond has joined since announcing his departure from politics. In November he was named a non-executive director at Ardagh, the New York-listed packaging group.

Despite the proliferation of highly valued fintechs in the UK, OakNorth is one of just a few to have reached profitability. The bank reported a pre-tax profit of £34m in 2018, and Khosla says it had “maintained very strong profitability” in 2019. Its technology unit, which is incorporated as a separate company, is lossmaking but OakNorth has said the overall group is profitable.

Khosla said 14 banks in six different countries had signed up to test or implement its credit technology, up from 12 in October. Only one, NIBC of the Netherlands, has been named publicly.