New challenger bank for British farmers Oxbury FS is set to launch in the UK this year. As well as offering savings accounts to the general public and all businesses, the Chester-based challenger says it wants to particularly focus on the British agricultural sector – something it says has never been done before.

At a time of prolonged Brexit uncertainty which saw the National Farmers’ Union leader Minette Batters say last year that tariffs would price British farms out of the export market, it seems prudent to address farmers’ financial needs. 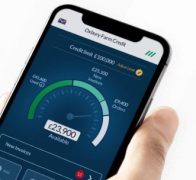 The soon-to-be regulated bank says it submitted its banking licence last year to the Bank of England’s Prudential Regulation Authority (PRA) and the Financial Conduct Authority (FCA), expecting “to launch to market later in 2020”.

“The current and longer-term trends in agriculture create a requirement for new and innovative approaches to managing farm business cashflow,” says Oxbury’s CEO and co-founder James Farrar, acknowledging that for farms – unlike many other small businesses – the fluctuation of cashflow is far more heavily dependent on the seasons.

“Oxbury provides farmers with the specialised lending they need to run their farms and offers savings accounts to any individual or business that want to back British farmers and UK agriculture,” Farrar adds.

Putting together minds of bankers, farmers and technology experts with the support of certain British agribusiness firms, the challenger wants to offer both lending and savings products to farmers to “help grow their businesses at a crucial time for UK agriculture”.

The digital bank will rest on a “cloud-based API-first architecture” and will be driven by a board of directors with “decades” of banking and agricultural knowledge – including ex-head of business banking at HSBC Huw Morgan and former Bank of England adviser Tim Fitzpatrick.