The fallacy of compromise

We all learn from a very young age that, in life and love, you have to compromise. 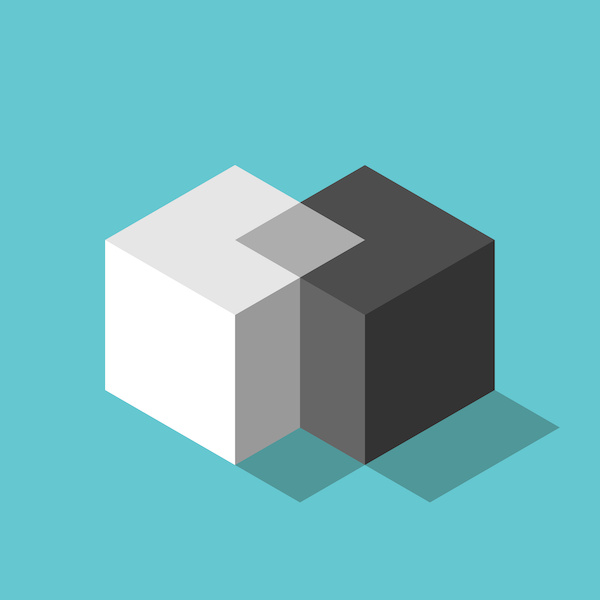 In life, love and business: give it your all, fight, compromise but, whatever you do, know what you are getting into

It’s one of those things we all accept as true.

But what does it actually mean?

If we are assuming competing desires and constrained resources, it means that people who have agreed to coexist, as spouses, friends, flatmates, business partners, colleagues etc agree to commit to finding ways forward when life presents them with choices and the parties involved don’t want the exact same thing.

Which, let’s face it, is almost always.

So it means that sometimes we meet halfway. Sometimes I get to hold the remote and some times you do.

It means my project may not get first dibs on the budget this quarter.

It means we discuss, we decide, we negotiate. Nobody wins all the time but it all comes out in the wash and we all live happily ever after.

Only, that’s not how life works.

Of failed relationships and innovation centres

Remember back when you were trying to persuade your parents to extend your curfew and it felt like you were banging your head against a brick wall because it felt like they held all the cards and you had zero leverage to achieve a compromise?

That’s because they did.

You know how some times you have dated someone who wants less from the relationship than you? Or the reverse? Who wants commitment when you want to take things slow?

If you’ve been in that situation, you know there is no compromise to be had. You want 100, they want five. So they get to five and stop and there is nothing you can offer or withhold that gives them any reason to meet you halfway. Your halfway is a million times outside what they wanted in the first place. There is nothing they are prepared to give, to move to a place they are not fussed about.

And yes there is a business analogy in there, be it for a commercial relationship or a career discussion, sadly, the parameters of every conversation and the scope for negotiation are set by the party that wants the least out of the encounter.

Because unless the goals are shared, the problems you are trying to solve are yours, not theirs. They don’t need the bother of solving something that doesn’t worry them in the first place. The problem doesn’t exist as far as they are concerned. It’s yours. So it very much exists for you, don’t get me wrong. It’s just that you are trying to solve it with someone and for someone for whom it is not a problem. And you are not asking them for advice or help. You are asking them to give something up, to make some effort, to strive for compromise. On a thing that isn’t a thing from where they stand.

What doesn’t hold true is our schoolroom definition of what compromise actually entails.

Compromise is not meeting halfway. This isn’t life sponsored by Disney.

Compromise is about the price you are prepared to pay to keep a thing going.

And the reason for that was that I had already achieved what they wanted out of the engagement. More was welcome. But they didn’t need more so they wouldn’t contribute to the effort. If I wanted more, that was on me.

A boss once told me that I had achieved my five-year goals in a year. The job was done. Everything I did on top was surplus. Not a problem, and very welcome if it came with no drama. But there was no mistaking the fact that everything I did from there on out was extra and on top of to the thing they wanted so it was most welcome if it came at no extra organisational cost.

Perversely, when that happens it makes you feel unappreciated and misunderstood. But really, and stay with me here, it’s you who did the misunderstanding.

Both that person you dated who “didn’t know what s/he wanted” and the boss that asked you to “get us some ecosystem credentials” or the CEO who told you, “you are my strategy, you are my canary in the mine, you are it. Just turn up for meetings” (yes that’s a true story), all of those situations and many others like them came with a user’s manual. You just didn’t read it. Or read it and didn’t believe it. You hoped and trusted that this was just phase 1. Success will breed hunger, you thought. Why wouldn’t they want more of a good thing?

Understanding how much the other side wants tells you all about the “power of no” you can anticipate down the line. And it matters. It matters that you don’t fool yourself. That you are not blinded by hope. So you are not in a position, months or years down the line, where you are dragging an inert body in a direction that means a lot to you but nothing to them.

And here you are, two years into a thing.

Your success hinges on the quality of your ideas and leadership and hard work and creativity. Sure.

There is a version of the world that says you were doomed right out of the gate.

And in that version of the world you failed to align on what each side wanted out of the thing when you started. Or you saw it, didn’t like it so ignored it. Thinking it will be fine. We will get there. We will solve each problem as it arises. We will negotiate and compromise. We will meet halfway.

Only you delivered against the extent of the other side’s ambition on day one and the rest was surplus. It wasn’t a problem of hard work or creativity.

It wasn’t about what else you could have tried to get them to engage.

It’s about realising that compromise is always required but it only means ‘meeting halfway’ when you are equally invested in the same outcome.

And how often does that happen?

More often than not the battle you fight is not one of reason or proof points. It’s a battle of trying to get the other side to want more of what you want.

You are trying to get them to want what you want enough in order to be willing to put in the effort, to want whatever it is enough to work at it, to compromise.

When put that way, it feels like a thankless task doesn’t it?

But I can’t want it for you. That bit you have to do for yourself.

And what I need to do for myself, as a growth area and a learning curve, is to learn to accept that not everyone wants everything. Not everyone burns with the same fire. And not everyone is willing to do what it takes to achieve the things they want. The desire may be there alright. The willingness to strive though? That’s another story altogether.

Do they think I’m weird? Probably.

Are either of us weird? Irrelevant.

What is relevant is learning not to join in a game when you are not aligned on what game is being played, what winning looks like, what each of our stakes and definitions of success are. Up front and for the avoidance of doubt.

So that when the time for compromise comes upon us, and it will, we stand a chance of meeting halfway rather than dragging inert bodies all over the place and wondering where it all went wrong: because the answer is “right at the beginning”. Right at the very beginning. That’s where it went wrong. When you signed an unwritten covenant without knowing or, even worse, without admitting to yourself what was in it.

In life, love and business: give it your all, fight, compromise but, whatever you do, know what you are getting into. Because the battles always come down to the price you are prepared to pay in order to keep going. And if the other side reaches their destination when you are just getting started, you are effectively on your own. You just don’t seem to know it.