Freetrade, a UK-founded trading and investment app, has been hit by claims of toxic workplace culture after 22 staff departed the start-up in 2019.

The high attrition rate and claims from ex-employees that the start-up bred a “culture of fear” were reported in two separate investigations by Business Insider and City AM. To put the number of departures into context, the fintech’s employee count peaked at 53 in 2019.

Last year saw a five-people strong design team all leave the start-up, and in October 2018 co-founder Andre Mohamed also left. Former Freetrade employees told City AM that the senior leadership at the firm frequently threatened to fire employees without prior warning and and appeared to use “fear as a tactic to get people to work harder” and stay later.

Similarly, Business Insider‘s report interviewed ex-employees who said “it’s part of the ‘culture’ at Freetrade to value direct feedback, but what that translated to was that if you disagreed with something you would be shot down”. The former staff also said the start-up did not have an office manager or HR professional to voice “multiple staff complaints of mistreatment”.

Current CEO Adam Dodds said some of the departing employees had been at the start-up for less than a month. “The hard truth is that if we didn’t have any staff turnover we’d be dead as a company,” he said, also adding that the fintech has not done “the best job” of hiring for its values.

“Equally, this is a higher rate of attrition than we strive for,” he admitted. According to messages seen by Business Insider, chief marketing officer (CMO) Viktor Nebehaj had openly referred to the “significant burn rate”.

The investigative reports show that this staff turnover was driven by “bullying” employees and firing them if they questioned or openly criticised decisions. Visually, staff could see the turnover of employees with one leadership figure quitting or getting fired almost every week according to one former employee, who said between the ends of 2018 and 2019 the turnover rate was more like 50%.

Dodds categorically denies any accusations of bullying. He said: “We do not bully staff. We are seeking high standards and encourage candour from our team. […] I do not believe there is a toxic work culture at Freetrade.” 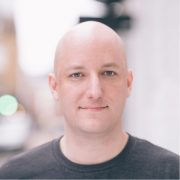 Freetrade has certainly been busy. Earlier this month, it announced its European expansion starting with the Netherlands and Ireland, following its announcement towards the end of last year that it had completely rebuilt its internal tech stack so as to own all the technology rather than relying on third party providers.

The departure of the five-person design team was put down to the design department being in a state of “flux” and that the ex-design members were not “culturally aligned” with the fintech’s values, according to an internal company email. The email showed the design team’s head resigned in July 2019, followed by two additional team resignations and the ultimate firing of the remaining two members.

The culture of the office was put down to its adoption and specific interpretation of “radical candour”, a style of very honest feedback promoted by former Google executive Kim Scott in his book ‘Radical Candor: How to Get What You Want by Saying What You Mean’. Freetrade is now looking for a head of people role, alongside other dedicated HR staff.

The fintech scene is not unused to high rates of hiring, firing and walkouts. UK-based unicorn Revolut saw a flux of key new appointments in November 2019 alone, some of which included Martin Gilbert as the neobank’s non-executive chairman, and Pierre Decote as its new group chief risk officer (CRO), following the departure of its chief information security officer (CISO) Dinis Cruz earlier in the month after he spent less than two months on the job.

The balance between securing capital, ambitious expansion plans and a healthy employee culture is a difficult one to get right. Dodds promises that Freetrade will “continue to make improving [its] people processes a top priority as [it] continue[s] to grow”.

Read next: Better serve your customers by focusing on your employees