Revolut CISO leaves after two months on the job 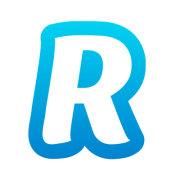 Revolut has struggled to hold onto some senior executives

Cruz announced on Twitter that he would be leaving the challenger bank in November, having agreed to his departure by mutual consent.

Previous CISO, Paul Heffernan, left Revolut in September after a year in the role.

The challenger bank has at times struggled with employee retention, especially when it comes to compliance and security.

According to analysis from Wired, 80% of 147 former employees who have worked for the firm spent less than a year there.

The neobank has also lost two chief risk officers, a chief compliance officer and two money laundering reporting officers since 2016, according to the Telegraph.

Revolut claims that it has over six million customers across Europe and adds 18,000 new accounts per day.

FinTech Futures contacted Revolut for comment, but had yet to receive a reply at the time of publication.