Decote comes from Prodigy Finance, a fintech which finances international post-graduate students, and has also gathered experience working in analytics as a chief executive at Tandem Bank, Barclaycard and the US’ tenth largest bank by assets Capital One. 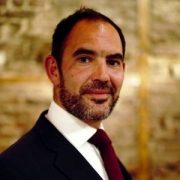 Read next: Revolut CISO leaves after two months on the job

As its new CRO, Pierre will head up Revolut’s global risk function as it expands globally and develops new product lines such as credit and Revolut Youth.

Commenting on the CRO’s years of experience, Revolut’s founder and CEO Nik Storonsky says his appointment “is a major coup in our continued mission to become the world’s first truly global bank”.

Now with more than eight million customers worldwide, the digital bank is gearing up for a $500 million funding round to support its expansion into eight new countries before the end of this year.