The rise of investment apps

Investment apps have steadily begun to creep into the market and reinvigorate the otherwise numb competition which has seen multiple countries’ major banks offer some of their lowest interest rates ever on people’s savings.

In the UK, the Financial Conduct Authority (FCA) has instructed banks to consolidate their interest rates on easy access savings accounts in a bid to uplift the rock bottom rates currently offered. Whilst this will help uplift the worst rates, it will also mean higher rates are brought down – hence limiting the window of opportunity for those actively looking for competitive rates. 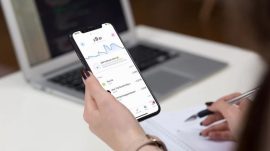 Elsewhere in Europe, the Netherlands’ three biggest banks, ING, Rabobank and ABN AMRO, all offer an interest rate of zero or 0.01% according to a Statista report last week. Further afield, the US saw the Federal Reserve cut interest rates for the second time since 2008 last year amid fears about slowing global growth.

But these low rates, which are designed to increase the amount people are spending to help the economy, aren’t necessarily putting people off investing and saving their money. Negative interest rates in Germany have had little impact on the country’s conservative savings culture, with Germans holding a collective €1.8 trillion in cash and current account deposits which is a 8.5% rise from last year.

Related: Freetrade takes on Europe, starting with the Netherlands and Ireland

This shows an appetite to save and invest even if existing interest rates are notably low. With big players such as the UK’s Lloyds Bank offering an interest rate of 0.20% on its basic Standard Saver account (a sub-par proposition in this space), apps which offer new ways of investing are walking into a big opportunity.

Currently trading apps, which offer a whole new and accessible way to make money off your existing savings, are seeing a growing uptake across Europe, the US and Australia.

“We have seen that a large percentage of our users are actually completely new to investing,” Revolut’s head of wealth and trading Andre Mohamed tells FinTech Futures. Revolut’s investment app launched last year with the hopes of hitting one million users by the end of this year. Currently, the app is at 150,000 customers, but Mohamed is already hyper-aware of the other industry players looking to take advantage of the market gap.

“The competitive landscape is definitely heating up and ultimately this is great for the customer and only serves to validate what we have put effort into building,” says Mohamed, who notes that zero commission trading will soon become table stakes and that “providers [of investment apps] will have to up their game to differentiate in other ways”.

FinTech Futures spoke to a selection of players currently on the digital trading scene besides Revolut, including UK-based Freetrade – which has just begun its roll out into wider Europe, US investment app Stash, and Australia’s Stake – which is set for an official UK launch in February.

Freetrade says many of its customers have also never invested before

Freetrade is also aware of the growing competition. A spokesperson tells FinTech Futures that “there’s a lot more on the cards” for 2020 regarding its product suite – the least being thousands more stocks and fractional shares, with “a couple of big surprises” yet to be announced.

The UK-based investment app says many of its customers have also never invested before, acknowledging that “the pricing of incumbents has been dated for a while”. It compares the “dated” model to telco pricing, where “they charge what they can get away with”.

In the US, fee-free digital trading app Robinhood is taking the market by storm. Established players have been forced to rewrite their business models by abolishing commissions, as the app – currently serving 10 million users –  is viewed as a company which could potentially go public in 2020.

“High minimums and fees quite literally kept hundreds of millions of people on the sidelines,” says Balakrishnan who highlights how Stash was one of the first apps to offer fractional shares back in 2015. But the emergence of micro-investing means that normal people’s savings options become far more broad.

Balakrishnan anticipates that “we’ll see investing apps start to expand their product offering, not only helping customers with their long-term savings and investments, but also their everyday spending and short-term goals”.

Over in Australia, Stake’s co-founder and chief operating officer, Dan Silver, says “it’s now the turn of the investment space to deliver” on the new technology emerging from the evolution of fintech. 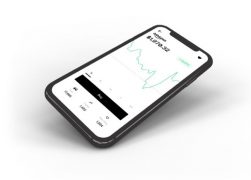 “People who have invested before are looking for a better experience, whilst those that are new to the space are seeking out an intuitive and simple way to get into the markets,” says Silver, who believes there is still some work to do on offering customers more open access to stocks and “hidden fees” which he explains could be the foreign exchange (FX) fee on every international trade

Stake focuses on trying to bring the US stock market to other parts of the world. Despite securing a licence to trade in the UK, Robinhood is yet to officially launch in a country which isn’t the US, making Stake an important foothold for those international investors who want access to the US stock exchange.

With fee-free trading fast becoming an industry standard among the challengers, it seems 2020 will see a race to the next defining feature. Players are all holding their cards close to their chest, but some of the predictions include turning the apps into ‘one stop shops’ for shorter-term savings services and addressing FX fees for those investing outside the US.