Stake, the Australian digital brokerage app offering foreign access to the US stock market, has launched its beta app in the UK.

Already armed with 50,000 customers in Australia, the fintech is set to officially launch in the UK in February before expanding across Europe “in the coming months”.

“The UK stock market provides plenty of opportunity, but many of the largest and fastest growing companies in the world are listed elsewhere,” says Stake’s founder and CEO Matt Leibowitz. “If you want to buy shares in game-changing companies like Amazon, Google or Tesla, you have to trade in the US.” 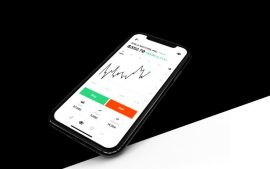 US digital broker Robinhood has also announced its plans to launch in the UK, after securing its licence from the Financial Conduct Authority in August 2019.

Stake gave FinTech Futures beta access to its UK app, which currently offers unlimited free trades but will be introducing a three-tier plan as of July 2020. The plans begin with two free trades before charging $5 per trade thereafter, and then goes up to $9 for unlimited free trades and fractional shares, before reaching $19 for the additional ability to day trade on unsettled funds – in other words, allowing users to re-use funds from an unsettled sale to buy more stock.

The user interface is simple and easy to use, with a personalised dashboard displaying your positions, cash balance and orders. If you flick between tabs, you can see the ‘Most Up’ and ‘Most Down’ stocks, as well as Stake’s own ‘Watchlist’ and ‘popular searches’ to give you an idea of what other users are trading in. You can also search stocks by sector, e.g. ‘Tech’ or ‘Machinery’.

News is integrated into the app from various business outlets, and Stake puts together its own ‘The Wrap’ which gives insights into what Stake employees are trading in and analyses what can affect stock.

For a 21-person company, the onboarding was not bad but definitely could be improved as the fintech grows. For context, the next biggest UK trading challenger is Freetrade with 70 employees. After filling out some basic details, the Stake app requires you to go outside the app to email the team a picture of your passport, a picture of you with your passport and some proof of address.

This then gets manually verified by the Stake team before emailing you a code to open the app with and start using it. This meant it took roughly 24 hours to get up and running. For comparison, Robinhood – which is a 910-employee company – onboards users in an hour by using instant verification with major US banks.

Stake’s COO Dan Silver tells FinTech Futures that the app performs instant verification for “most customers […] immediately”, and that come February users will be able to fund their USD wallet without leaving the app.

Typically the app does not attract beginners, with 77% of its existing customers counted as those with some knowledge of the markets. This seems to be a trend across all the trading apps, as Freetrade also told FinTech Futures “you need to have a real intent to invest and understand investing” to use its app right now.

Alongside its three-tier plan structure due in July, Stake makes its money by charging a foreign exchange fee when money is converted into US Dollars.