Revolut valued at $5bn by investors ahead of new fundraising

Challenger Revolut is on its way to a $5 billion valuation according to the investor leading its upcoming funding round, which is expected to raise $500 million with the addition of a $1 billion convertible loan from JP Morgan.

Documents sent to investors and seen by Financial News show the leading backer is Technology Crossover Ventures (TCV), and that the round, expected to close in January, will leave the digital bank with a valuation nearly three times its last estimated valuation of $1.7 billion in April 2018. 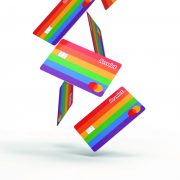 This may come as a slight disappointment to Revolut’s CEO Nikolay Storonsky, after Sky News reports last year revealed Revolut had been looking at a valuation of between $7 billion and $8 billion from the 2020 funding round.

TCV, an early backer of Netflix, Airbnb and Spotify, raised a $3 billion fund back in January 2019 dedicated to fast-growing tech companies like Revolut, which saw a significant year of growth in 2019.

Despite losses doubling to £33 million ($43 million) in 2018 – even though revenue increased  354% the same year – the challenger went full steam ahead with its global expansion and major hiring spree in 2019.

Its deal with Visa allowed it to set up shop in eight new countries, reaching four of these (Singapore, the US, Australia and Canada) before the year was out. News of the deal came with a following announcement that it was set to hire 3,500 new staff.

The challenger also saw a series of new appointments before the end of last year. In November, Martin Gilbert joined as the neobank’s non-executive chairman, and Pierre Decote joined as its new group chief risk officer (CRO), following the departure of Revolut’s chief information security officer (CISO) Dinis Cruz earlier in November after he spent less than two months on the job.