Fundbox, the Tel Aviv and San Francisco-based fintech using big data analytics to help businesses’ cash flows, has hired its first chief financial officer (CFO) in the run up to what might be the company’s initial public offering (IPO), Wall Street Journal reports.

Head of corporate communications at Fundbox Tim Donovan tells Coin Speaker it searched for two years to find a suitable CFO before stumbling upon Abrahamsen, who he now calls their “Swiss army knife of expertise”. 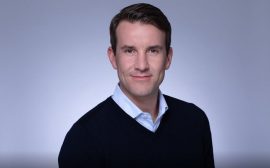 “He has investing and financial experience and the rigor to invest in the right processes and procedures that would set our company up if and when we’re ready to go public,” says Donovan.

The fintech, which has raised $433.5 million in funding and is valued at $750 million, is yet to file the regulatory paperwork to launch its IPO.

Fundbox helps both sellers and buyers. It offers money advances to small businesses waiting on outstanding payments, meaning sellers get paid quicker, and buyers have more time to make their payment.

Using its big data analytics, Fundbox works out a line of credit with a fee which is based on the risk of each invoice.

In the US nearly two-thirds (61%) of small and medium-sized enterprises (SMEs) say they experienced cash flow challenges from late payments in 2019, according to Intuit’s 2019 State of Cash Flow Report.

But late payments are a big issue for small businesses across the globe. A report by MarketFinance last month found that US companies take an average 51 extra days to settle their invoices with UK SMEs, and German firms take an extra 32 days to pay their British counterparts. The average wait time for an unpaid invoice in the UK grew to 23 days in 2019.

It’s a giant pool of opportunity – UK SMEs are now chasing £50 billion in late payments according to research carried out by digital banking for businesses platform Tide.

Offering its service to around 200,000 businesses so far with $1.8 billion processed in loans since it was founded in 2013, Fundbox’s appointment of a new CFO anticipates the final move taken by many start-ups in the run up to its transition from private to public.