UK-based fintech firm Revolut has gone live in Singapore, following a beta period which saw it sign up 30,000 customers. 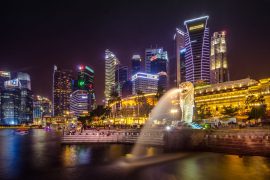 Singapore is the first Asian market in which the fintech has launched, though Revolut claims that it “learned a lot” about what would be needed for success in the region through its beta.

Revolut account holders get a multi-currency travel debit card and an account that supports the Singapore dollar and 13 other currencies.

At its launch event on Wednesday, Revolut said it is working on bringing features that are available in other markets, like cryptocurrency trading and commission-free stock market trading, to Singaporean customers.

The news follows an announcement this week that Revolut is partnering with Mastercard to support its planned US and Canada launches later this year.

The London unicorn also has a partnership agreement with Visa, which it is using for expansion into 24 new markets.