UK challenger Revolut will be launching its US card with Mastercard by the end of this year. However, the fintech will also be primarily issuing Visa-branded cards in its global expansion.

Revolut will use Visa to expand in 24 new markets, for a total of 56 around the world and simultaneously partner with Mastercard for at least 50% of existing and future cards issued in Europe (Visa will have the other half), according to a statement. 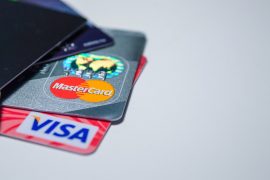 The fintech uses its licence with Lithuania’s central bank to service Europe, but it will have to partner with a US-licensed bank when it starts rolling out cards to US citizens.

The growth across the Atlantic is part of the challenger’s major expansion this year, which is seeing it hire 3,500 new staff and enter eight new markets including the US before 2020 with Mastercard rival Visa. Next year, Revolut is set to enter a further 16 countries with Visa too.

“Having partnered with Revolut over the last four years, we are delighted that our relationship continues to grow and meet our collective global ambitions,” says Mastercard’s chief product officer, Michael Miebach, who describes the ongoing partnership with Revolut as “welcome proof” of the payment processor’s commitment to support fintechs.

The move to the US also sets the tone for Revolut’s other global expansion plans for this year, which will see cards issued in Australia, Brazil, Japan, Russia, Singapore, New Zealand and Canada too.

“Launching in the US will be a huge milestone for us, and we are delighted Mastercard will be our go-to-market partner,” says Revolut’s CEO, Nik Storonsky.

The challenger has also confirmed it will be leveraging Mastercard’s Send platform.