Klarna, the Swedish ‘buy now, pay later’ fintech unicorn, has landed a US$200 million investment from the Commonwealth Bank of Australia (CBA) for its Australia launch.

The investment adds to a further $100 million the bank invested in the fintech last August, which was part of a larger $460 million funding round that saw Klarna rocket to a post-money valuation of $5.5 billion.

The fintech, which allows shoppers to split a purchase into four equal payments, is currently live in the Nordics, the Netherlands, Germany, Austria, the UK, and – most recently – the US. Now the company is launching in Australia, shortly followed by New Zealand.

CBA’s investment means the bank’s shareholding in Klarna has increased to 5.5%, up from its initial 1.8% stake. It also means CBA customers will be the first to use Klarna as a service connected to their bank accounts. 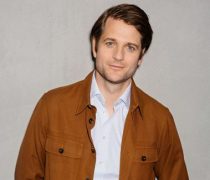 The Australian bank and Klarna will jointly fund Klarna’s Australian and New Zealand business, and will each own half of it. CBA also retains a right to partner with Klarna in Indonesia.

Earlier this month, the Swedish fintech hired Francine Ereira – a retail and sales veteran – as its general manager for the two new regions starting in February. She comes from Zip, a local retail credit competitor of Klarna’s already established and popular in Australia.

Klarna’s CEO says the fintech thinks of itself as being “so much more” than just a ‘buy now, pay later’ platform, which he says is just one feature rather than the entire business.

Siemiatkowski says Klarna’s “broader capabilities” and its “ubiquity” will be what defines it in Australia and New Zealand. As well as partnering with online vendors like its competitors, Klarna’s technology can also work with any online checkout process – meaning any vendor, even ones it doesn’t have a partnership with – and offer a point-of-sale loan as long as the user is accessing the store through the in-app browser.

“For the merchant, it behaves like a standard transaction – but for the customer it gives the optionality to pay flexibly, the way they like, through Klarna,” he says.