Klarna has raised $460 million in an equity funding round making it the largest private fintech in Europe, Ruby Hinchliffe reports. 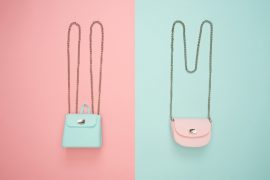 The Swedish bank now stands at a post-money valuation of $5.5 billion and it will use the new funding round, led by Dragoneer Investment Group, to pay for their expansion into the US which is seeing a growing customer base of six million year on year.

Global brands H&M, Abercrombie & Fitch and Boohoo Group will soon go live with Klarna, joining more than 1000 other merchants integrating with the bank who have a combined volume of $10 billion alongside Klarna.

“This is a decisive time in the history of retail banking,” says Klarna co-founder and CEO, Sebastian Siemiatkowski. “There will be no more room for unimaginative products, non-transparent terms of use or lack of genuine care of ones customers.”

July saw a record number of acquisitions for Klarna as its business results with US merchants who are offering Pay in 4 reported a 68% increase in average order value.

The challenger bank has also announced Commonwealth Bank of Australia’s involvement in the equity round, giving Klarna the opportunity to establish an exclusive partnership for the Australian and New Zealand markets.

Funding leader Dragoneer said its strategy is to partner with a small number of disruptive, growth companies like Klarna who are highly differentiated in their markets.