The German fintech Heidelpay is seeking acquisitions and eyeing an eventual initial public offering (IPO), its chief executive officer, according to a Reuters report. 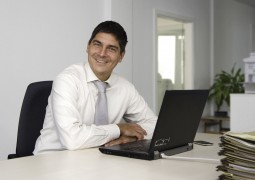 “An IPO is of course always an option for fresh capital,” says CEO Mirko Huellemann.

The comments by CEO Mirko Huellemann about his plans are his most extensive yet since the private equity firm KKR bought a majority stake in the payment service provider last year.

In a business where size matters, Huellemann says Europe is home to 300 or 400 potential acquisition targets.

“Of those 20 or 30 are certainly interesting for us,” he tells Reuters, noting price tags of between 2 million and 500 million euros (1.69 million pounds to 422.02 million pounds) would be possible fits.

Huellemann notes that a stock market listing at some point was possible, but he declined to name a time-frame.

“An IPO is of course always an option for fresh capital,” he says. “But KKR just came on board and we have a couple of years of growth ahead of us.”

The company, like its competitors Wirecard of Germany, Adyen of the Netherlands, and Klarna of Sweden, has profited from the increase in cashless payments and widespread purchasing of goods over the internet.

In 2019, Heidelpay doubled its revenue to 90 million euros, the company tells Reuters.