The Reserve Bank of Australia (RBA) has released a paper suggesting it’s gearing up for a cardless payments landscape across the country, highlighting the rising prominence of digital wallets.

The bank is asking stakeholders to share information on issues such as price, competition and usability of digital wallets to understand how it will evolve throughout the country in the coming year. 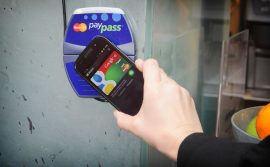 The bank is asking stakeholders to share information on digital wallets

In 2018-19, the paper says total merchant fees on card payments in Australia came to AUD4.3 billion ($2.9 billion). With payment apps, retailers across the globe can avoid the $90 billion in swipe fees which hit merchants last year according to Bloomberg.

“Looking ahead,” the RBA’s paper reads, “‘cards seem increasingly likely to be electronic payment credentials that are pushed out electronically to digital devices such as phones and wearables, as opposed to pieces of plastic that are mailed out in the post”.

“The functionality offered by a card will no longer be largely fixed for the several years between issuance of physical cards, but will be able to be changed regularly reflecting innovation by schemes, issuers, mobile phone operators and others,” the paper continues.

Allaying fees that Visa and Mastercard will be the only providers of digital cards going into the future, the RBA wants to promote a dual-network system which will allow merchants to choose which provider method to put a purchase through.

The paper later discusses QR-code based payment technology. Although this type of payment “has to date not gained widespread use in Australia”, the paper identifies how Asia big techs such as Alipay and WeChat “have been able to fill gaps in the Chinese market, capitalising on their large user networks […] to make payments more convenient”.

“In China, QR codes have provided a cost-effective way for merchants to accept electronic payments in an environment where many of them were previously unable to do so, largely because of a lack of access to card payment terminals,” the paper reads.

According to a September 2019 poll by Australian market researcher YouGov Galaxy, one-in-three Australians are card-only shoppers and almost all of them prefer card to cash when given the option.