Australian paytech Tyro Payments is vying to float on the Australian Securities Exchange (ASX) in an initial public offering (IPO) which is projected to raise up to $173.23 million (AUD 252.7 million).

The Sydney Morning Herald reported that the 2003-founded firm, which says it’s Australia’s fifth-largest payments provider, is pursuing a $1 billion valuation too. 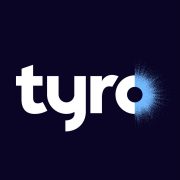 The plan to float on the ASX comes after six listings on it were aborted last month, suggesting Australia’s IPO market is not easy to break into. Reuters puts this down to investors demanding lower prices to protect themselves against the possibility of post-float losses.

With a price range of $1.70 to $1.87 per share, the paytech says its focus still “remains firmly on challenging the status quo” for its merchants.

Thodey, who is also Tyro’s chairman, says he’s delighted to be able to invite new shareholders. “We [can] build upon our solid foundation to pursue an exciting growth strategy,” he adds in a statement.