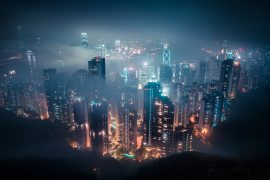 Ant Financial, an affiliate company of China’s conglomerate Alibaba, received a virtual banking licence from the Hong Kong regulators in spring 2019. It will focus on financial inclusion and fintech development, it is understood.

The company, which was founded in October 2014, claims to be the highest value fintech in the world, with a valuation of $150 billion. It offers a broad suite of financial services products for consumers, microfinance entities and SMEs.

Ant Financial operates worldwide and employs around 9,000 people. In its portfolio is Alipay, a payments platform that serves over one billion users globally via a network of regional partners.

A joint venture of between Tencent, Industrial and Commercial Bank of China (ICBC), Hong Kong Exchanges and Clearing (HKEX) and Hillhouse Capital. There is also an investment from Hong Kong entrepreneur Adrian Cheng, via Perfect Ridge Limited.

The project was originally known as Infinium. It was granted a virtual banking licence in spring 2019. A couple of months later it was renamed and rebranded as Fusion Bank.

The founders explain that the Chinese name – Fu Rong – implies global connections and community empowerment, while the English word “Fusion” conveys the idea of fusing various matters into one entity.

The bank will provide full-service banking, with a particular focus on low-value deposits/savings for those outside the conventional banking system – both consumers and SMEs. It will not require a minimum account balance or charge low-balance fees.

The virtual banking licence was granted in spring 2019 and is expected to open for business before the end of 2019. It will service consumers and businesses.

“Our mission is to render innovative, financial inclusion and green finance, and to promote Hong Kong as a smart city through delivering fintech to the general public,” the bank’s founders state.

“We aim to create a user-friendly bank where banking is a joyful matter for our customers, and ultimately become the ‘coolest bank’ in their hearts.”

A joint venture between Bank of China (BOC) Hong Kong, JD New Orbit Technology and JSH Virtual Ventures Holdings (JSHVV). It was granted virtual banking licence in March 2019 and aims to open for business by the end of the year.

Livi claims to have a business model that is different to traditional banks: it will operate on considerably lower marginal costs, and its founders do not expect high returns in its initial years of operation. However, similar to traditional banks, to begin with, it will rely on the interbank lending market and other funding sources to fund its lending business. In due course, it expects to fund its loans using customer deposits.

Formerly known as SC Digital, Mox received a licence to operate a standalone virtual bank in spring 2019. It launched its beta testing in March 2020.

Deniz Güven, CEO of the new bank, says this move will help Standard Chartered “to defend against potential disruptors and proactively take on incumbents to grow market share”.

The project started with ten people in 2017/18 and grew to over 100 by May 2019. “If we got the right people, everything else would fall into place. So far, this has proven to be true,” Güven states.

“We had to be different to stand out from our competitors. Technological innovations would not be enough. Success would depend on us recognising and responding to our clients’ needs for simpler, faster and better banking.”

Mox will also rely on payments processor Paymentology, deploy Oracle’s and work with FICO to build out its credit business.

A Hong Kong-based start-up that offers banking accounts for businesses. It was founded in 2015 by David Rossa (CEO) and Igor Wos (CTO). In mid-2018, it raised $2 million in funding.

It does not have its own banking licence, but it is licensed as a money service operator, trust and corporate service provider, and money lender in Hong Kong.

Neat says it is “for entrepreneurs, by entrepreneurs”. Its business account comes with prepaid Mastercard cards and enables users to send and receive money globally. Its standout features are multi-currency payment instructions (spending and receiving funds in HKD, EUR and GBP); making online and offline payments and ATM withdrawals; and disbursements from various e-commerce platforms that Neat supports, including Stripe, Paypal and Amazon.

It also boasts “top-tier security” – Neat says it won an award from the Hong Kong government for its account opening processes.

The integration with accounting system is in the pipeline.

OneConnect is a technology service platform for the entire financial industrial chain, providing artificial intelligence (AI), big data and cloud computing technology to more than 3,700 financial institutions across China and beyond.

Revolut is a payments and fintech company launched in mid-2015. It has a growing international presence and is understood to be coming to Hong Kong. On its website, it’s calling on users to join the waiting list to get early access.

In Europe, Revolut holds a “specialised” banking licence, facilitated by Lithuania’s central bank, which it received in December 2018. It offers services to individuals and businesses.

Revolut says it supports spending and ATM withdrawals in 90 currencies and sending in 23 currencies directly from the mobile app.

The majority of its services are free of charge, although it does offer some premium services/accounts.

It’s “the only account for your global lifestyle”, the company says. Revolut is “beyond banking”.

In 2018, it raised $250 million in Series C funding, which saw the fintech valued at $1.7 billion – a five-fold increase in less than a year. It then unveiled plans to receive licences across multiple countries worldwide, make 3,500 new hires and raise $500 million in a Series D round.

Revolut says it reached 4.5 million customers by mid-2019, of which 1.6 million are based in the UK.

Earlier in 2018, it fully launched its open API – allowing users to integrate Revolut for Business accounts with third party software and in-house systems.

On the regtech side, it works with ClauseMatch and BearingPoint.

Revolut has had its share of criticism and controversy, including questions from the regulators over its compliance operations, complaints from customers about slow response to problems, and growing financial losses (its losses doubled in 2018 – a £32.8 million net loss on revenues of £58.2 million for 2018). It also came under fire about the work culture inside the organisation.

In November 2019, challenger bank Tandem unveiled its plans to expand to Hong Kong. This would be the first overseas location for the UK-based bank.

The announcement follows from the earlier $15 million investment by Convoy Global, a Hong Kong-based financial adviser. The two firms joined forces to launch a new virtual bank in the country.

Tandem plans to replicate its founders programme, which saw 11,000 supporters help develop the bank in the UK through testing products and services. In return, the “Co-Founders” club members will receive a specially-branded card and will be eligible to participate in a bonus rewards scheme.

Tandem was founded in the UK in 2013 by Ricky Knox (CEO) and Michael Kent (who now holds a non-exec role; he is also a founder of money transfer company Azimo). The bank’s focus is on helping people manage their money rather than on direct product sales, according to its founders. It offers savings, cards and loans products.

The bank’s journey hasn’t been smooth. In early 2017, UK retail chain House of Fraser pulled its planned £35 million investment, resulting in the existing investors pumping £3.6 million emergency cash into Tandem (in return for a hefty discount for Tandem’s shares). Tandem also had to give up its deposit-taking banking licence, which it acquired in 2015.

In 2017/18, it acquired a small UK-based bank – Harrods Bank – which brought £80 million of capital from Harrods’ current owners and a new banking licence. It also bought Pariti, a UK-based money management app with around 95,000 users.

For its technology, Tandem uses Fiserv and its Agiliti platform, a shared Software-as-a-Service (SaaS) offering, hosted by Blue Chip. It has around 18 Fiserv and partner applications, including Fiserv’s Signature core banking system. However, this is understood to be under review.

In 2019, Tandem announced the migration of its initial IT infrastructure to the Amazon Web Services (AWS) cloud.

It also works with AI tech start-up Personetics for personalised insights and advice, and with Form3, a UK-based cloud technology provider of Payments-as-a-Service processing for banks and financial institutions.

WeLab received a virtual banking licence in early spring 2019, claiming to be “the first homegrown Hong Kong fintech company to establish a virtual bank”. The bank is expected to open for business before the end of 2019. It will focus on the retail segment.

WeLab says its core philosophy is the “3I”: instant, interactive and intelligent.

ZhongAn Online, a Shanghai-based online-only insurer – and the first of its kind in China – received a Hong Kong virtual banking licence via its local subsidiary ZA International.

ZA International was set up in Hong Kong in December 2017, the licence was then granted to its subsidiary ZA Bank in March 2019.

According to ZA International, the new bank will “make use of its proprietary technologies and big data capabilities to create innovative online financial products and services that cater to the needs of the local Hong Kong users.”

ZhongAn Online is the brainchild of Ping An, Tencent and Alibaba. It was launched in 2013 and has seen explosive growth. It floated on the Hong Kong Stock Exchange in September 2017 and this made it the largest initial public offering in Hong Kong that year and also the first insurance technology offering that Hong Kong had. It raised $1.5 billion on its opening day, at a valuation of $11 billion.

The company has around 460 million users and has issued over 5.8 billion insurance policies. Nearly 60% of its customer base are aged 20-35 and it is understood this age group would be ZA Bank’s target audience.