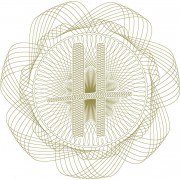 Tandem says it will “benefit from around £80 million of capital coming into the business”. It will provide Tandem with a banking licence and Harrods’ customers. The deal also brings it a £375 million mortgage book and over £400 million of deposits.

The purchase has today (11 January) been completed following approval from the Prudential Regulation Authority, a division of the Bank of England, and the Financial Conduct Authority.

The Harrods brand will disappear and the bank will operate under the Tandem name and brand.

“The acquisition will allow us to scale the business and ensure we can introduce as many people as possible to a new way of banking,” states Ricky Knox, founder of Tandem.

Earlier in 2017, Tandem lost a major investor, upmarket retail chain House of Fraser, and with it a potential investment of £35 million.

Harrods Bank, meanwhile, was looking for a buyer to help its struggling business. The bank had been ramping up losses over the years – in 2015 its losses were £4.9 million, and in 2016 they grew to £8.4 million.

The bank was also at one stage in the process of implementing a new core banking system, Temenos’ T24.

Tandem is a user of the Agiliti platform from Fiserv. Agiliti is a shared Software-as-a-Service (SaaS) offering, hosted by Blue Chip. It has around 18 Fiserv and partner applications, including Fiserv’s Signature core banking system.

During its system selection a couple of years back, Tandem also evaluated Temenos and its T24 platform, FinTech Futures understands.

This story was previously published on 7 August 2017 with the same headline. It has been updated to reflect the regulatory approval.