Three lessons traditional banks can learn from their younger siblings

Digital transformation is now front of mind across industries yet, according to Deloitte, the ability for traditional banks to successfully embrace it will rely heavily on them changing the core infrastructure around the way they work, writes Stuart Templeton, head of Slack in the UK.

For the digital banks that now operate alongside traditional banks, agility and an openness to using technology is baked in from the offset. The upheaval of processes and navigation of red tape that traditional banks have to overcome, due to years of regulatory compliance, is less of a problem for organisations that were born in the past five years or so. In the wake of increased openness to change in the banking sector and a desire for more consumer choice, digital banks are well positioned to compete with traditional banks and the flexibility of their internal structures almost certainly gives them an advantage when it comes to agility, and attracting the best talent.

However, with all banks operating in a hectic environment of new regulation, and seismic events such as Brexit on the horizon, the time is now to start taking action to help teams become more agile in the face of these challenges. When it comes to the future of work, there are three key lessons that traditional banks can learn from their younger siblings as they strive for greater agility.

Banks like Monzo are forgoing brick-and-mortar branches for the convenience of people’s smartphones. Unlike traditional banks, they’ve never had branches – communicating with over two million customers digitally since the company’s infancy. Monzo relies primarily on its smartphone app. Customers can manage their finances and speak to someone via the app 24/7. 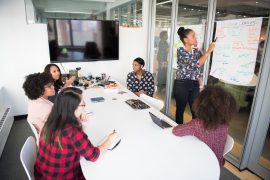 Problems have been siloed in email conversations.

However, if this software experiences an outage or temporarily fails, customers that rely on that software to spend and manage their finances are left in the lurch. Back in 2017, Monzo suffered a rare outage with a critical software supplier, which meant customers were unable to use their prepaid cards. Despite these incidents being rare, Monzo’s employees are prepared and able to rush online to help.

Traditionally, when customers can’t access the services they need – whatever bank, or whatever service that may be – conversations about that problem have been siloed in email conversations. During the urgency of problem solving, having to bring people up to speed on conversations or forward on email threads only slows down the ability to solve that problem. So instead of using email – Monzo set up a dedicated communication-channel in Slack.

As a majority, traditional banks such as Lloyds and Halifax have now built apps for their customers to ease communication with a generation of customers who live on their smartphones. This is a good thing, but internally it requires banks to have the processes in place to problem solve with agility and bring relevant cross functional teams together, to ensure consumers are supported quickly.

Research from Kelton Global around the Future of Work reveals that 77% of workers want an increase in transparency from their organisations. Digital banks are on the front foot catering to these workers, with Monzo and Starling Bank claiming to have been built on transparency and openness. In a digital organisation, transparency and collaboration take centre stage, while traditional hierarchy takes a back seat – with leaders seeking feedback from all levels of the organisation throughout the decision-making processes. 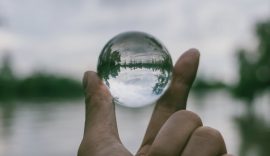 Workers want an increase in transparency.

Conversely, collaboration hubs allow leaders to be more open about how (and why) they are making certain decisions. Letting employees across the organisation into ‘the inner circle’ may feel alien for many traditional banks, but according to Kelton, 80% of workers want to feel like they are impacting decision making, so it’s certainly something traditional banks should be considering in some way or form.

Furthermore, the agile teamwork discussed earlier wouldn’t be possible without transparency. In moments of urgency, many teams need to come together. If these teams are siloed, conversations about issues happen separately, often buried in emails. Collaboration hubs bring different teams across an organisation together with the primary goal of enabling more agile problem solving. That openness also leads to cross-fertilization of ideas and sometimes talent.

Culture is no longer just about the work perks. Today’s workers don’t want to feel like a cog in a wheel – they need to feel empowered to shape and impact their company culture.

Employees recognise the role they can play

With digital banks still in their infancy, compared to traditional players who can be several hundreds of years old, employees recognise the role they can play in influencing the future direction of the business. Traditional banks need to find a way to gradually break down layers of red tape to ensure employees feel this same sense of autonomy if they want to attract and retain the best talent.

Current demand for those with financial and technological acumen is outstripping supply. Many banks are looking to hire employees who can manage customer data, feedback insights and design products. Skilled workers from technological backgrounds are used to harnessing collaboration tools in their working day, so it’s up to prospective financial employees to also arm them with a workplace tool kit – whether that’s a communication tool or documents stored in the Google Drive.

What digital banks are doing to disrupt the world of work is remarkably simple – they’re listening to what employees want and are using cutting edge technologies to give it to them. Traditional banks are also moving in the right direction, through launching apps and engaging a new generation of technology workers.

However, according to Accenture, only 12% of banks globally are committed to digital transformation. Undeniably, there is still a lot of red tape to cut through, but banks need to prioritise the modernisation of their core infrastructures for how work happens in their organisation, in order to stay competitive and attract top talent.