Challenger banks in South Africa: who’s who and what’s their tech 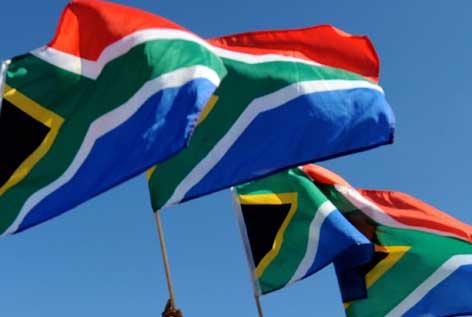 FinTech Futures has put together a list of the current challenger banks and banking services in South Africa and the tech they are using.

A new challenger mutual bank launched its first trial runs in autumn 2018 once it received the banking licence. By spring 2019 it was in beta testing. It plans to open for business in H2 2019.

It will focus on the savings market for individuals and businesses – providing transactional accounts (with a linked debit card) along with savings and other cash investment accounts.

It has also been working with Mastercard to develop a “new generation of card” to deliver security and other unique features.

IBM provides Bank Zero with security on its open-source based LinuxONE enterprise server through its encryption technology.

Jordaan describes the bank’s core system as “revolutionary”. It is understood the bank has built its own back office/core banking software.

“The mutual banking concept mirrors current social media trends and benefits customers by allowing for the support and creation of financial communities,” Bank Zero says on its website.

“In a world of numbers, citizen Zero stands tall.”

A microfinance institution with HQ in Ludenburg and 170 branches. BFS has been in existence since 1996, and in 2019 it unveiled plans to apply for a licence to launch a retail bank.

BFS says it offers “an ethical and innovative credit solution to formally employed and undeserved employees”. Its target market, it explains, is the millions of modest-earning, but salaried South Africans, government employees, mineworkers and civil servants”.

An alternative banking service for everyday transactional use. It offers a low-cost account and app powered by a debit card. It is not open for business yet, but users can join the waiting list on the company’s website.

Bettr is not a fully licensed bank, so it will be relying on a sponsoring bank.

“Bettr is a virtual banking experience powered by your smartphone,” it says on its website.

Discovery, a well-established South African financial/insurance services group, received the green light from the regulators to set up a bank in H2 2016. By mid-2019, the bank started to onboard the first customers.

The new bank is the “world’s first behavioural bank”, the group says. It is based on the “behavioural” model Discovery uses to reward its life and health insurance customers for their lifestyle choices.

To the end of December 2018, a total of ZAR 6 billion ($432.7 million) was invested in Discovery Bank by its parent. Of this, over half – ZAR 3.28 billion ($236.5 million) – was paid to FirstRand Group to acquire the majority stake in the Discovery Card credit card unit. Discovery Card has 250,000+ customers. ZAR 1.31 billion ($94.5 million) went towards regulatory capital invested in the bank and ZAR 1.42 billion ($102.3 million) incurred in Discovery Central Services on the build capital expenditure, test capital expenditure and hardware infrastructure.

It is understood that SAP, Infosys and Oracle FSS bid to supply their technology to Discovery Bank.

Whilst Postbank’s roots go back to 1875 (when a government bank was first established), it currently operates within the South African Post Office group, exempt from the country’s Banking Act, which allows it to provide only basic financial services. The bank offers savings/deposit products, electronic transfers and transactional accounts with a debit card.

Since 2010, the South African government has been planning to set up Postbank as an independent, fully-fledged bank – enabling it to compete with other banks in South Africa. In spring 2019, the Department of Telecommunications and Postal Services announced the establishment of the South African Postbank Company, which is set to take over Postbank from Post Office.

The Financial Matters Amendment Bill, adopted in early 2019 by the parliament, has paved the way for Postbank to get a banking licence from SARB.

TymeBank fully opened for business in early 2019 and claims to be South Africa’s “first fully digital bank”. It is based in Johannesburg.

The bank was officially founded in 2012 under the name of TYME. In 2015, it was acquired by Commonwealth Bank of Australia (CBA) and became TymeDigital.

Its main offering is an EveryDay Account, which is takes five minutes to open online or at the kiosks in Pick n Pay and Boxer stores (which are equipped with real-time biometric recognition), comes with a Visa debit card, and has no monthly fees but pay-as-you-use charges. The account also offers a savings tool, money transfer functionality and shopping points when using the card.

For its technology, TymeBank uses Mambu’s core banking system, hosted in the AWS cloud. The bank is understood to be Mambu’s first taker in the region.

180 IT staff worked on creating its digital platform.

Internal service orchestration, payment flows, and backend services are developed in Java as microservices on the Netflix stack, according to TymeBank’s CIO, Dieter Botha. The bank embraced Facebook’s React framework in developing the web-based customer channels, while the Android app was developed using Java.

In spring 2019 it launched Max, an AI-powered conversational assistant, to help consumers learn about personal finance. The technology was provided by Canadian tech firm Finn AI.