Bettr, a South African digital challenger, is in the final stages of its beta ahead of a Q1 2021 launch.

The start-up is currently running an advert campaign in its home country with hip-hop artists Dee Koala and Costa Titch, as well as gamer Grant Hinds. 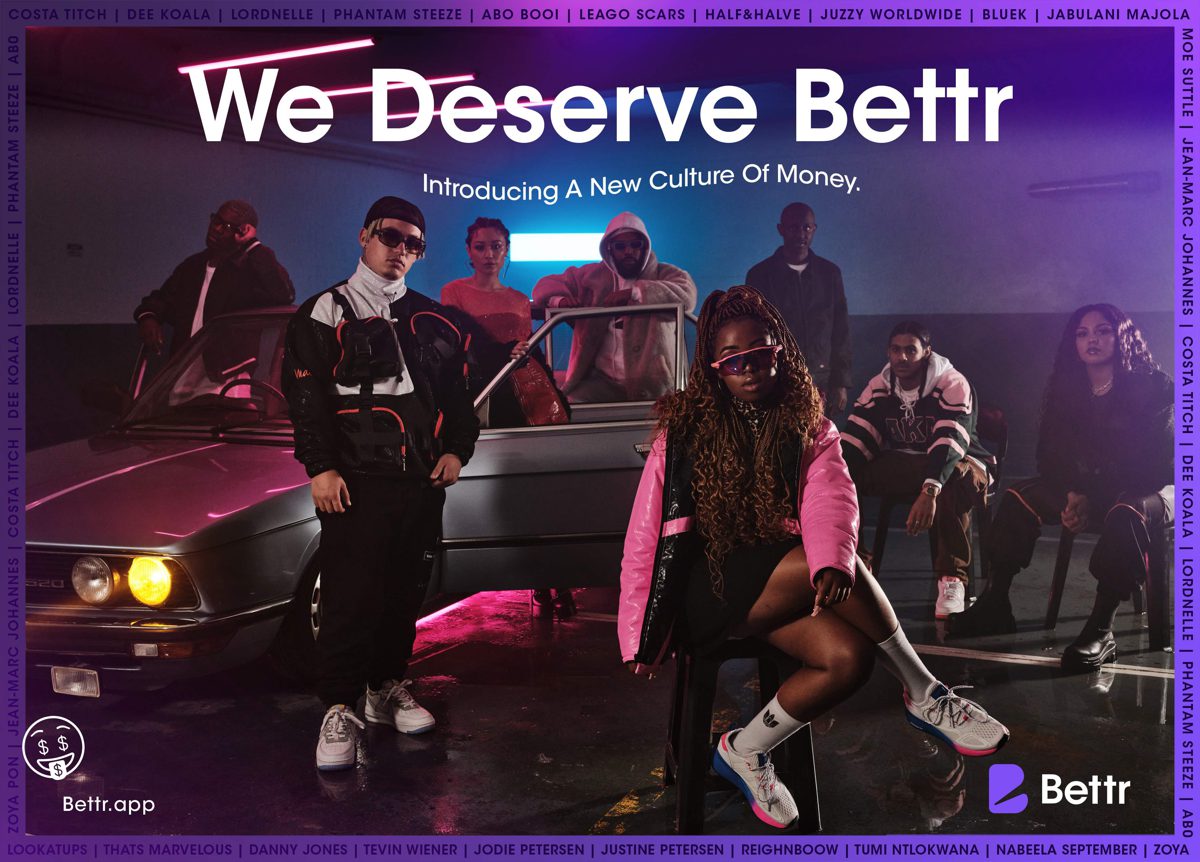 “These young people are being excluded from wealth-generating services, and it’s not fair,” says CEO

To date, the challenger has accrued 6,500 users via its WhatsApp-based sign up list. It is initially targeting the young consumer aged between 16-35.

The challenger argues that these consumers have been traditionally fenced out from South Africa’s fee-heavy financial system.

He also cites the problems young people face with little or no credit credit history. “These young people are being excluded from wealth-generating services, and it’s not fair.”

But Bettr isn’t the only one taking on the fee-heavy system. Other challengers which launched in South Africa this year include Discovery Bank, TymeBank and Bank Zero.

The team behind Bettr

Van Zyl, Bettr’s CEO, has founded a number of other start-ups, including financial management apps MoneySmart and Bsavi, as well as credit score improver Credit Crunch.

According to LinkedIn, Bettr has eight employees. The start-up was founded in 2015, pointing to a four-year period of development and testing.

The technology and licencing

Bettr uses Amazon Web Services (AWS). The start-up is also using artificial intelligence (AI) and big data, which will help inform its credit worthiness tool. This product will be available via a third-party API.

The idea is to take a marketplace approach. Hence, the fintech has called on its peers to build their products via Bettr’s marketplace for the community the start-up is growing.

Bettr is not applying for a full banking licence. “We’re partnering with a sponsor bank,” says van Zyl, who does not mention the name. “So, there’s no need for a heavy bank licence.”

By avoiding the need to gather capital to land a full licence, the CEO says Bettr can keep the cost down for users and undercut traditional banks.

“We remain a tech company that does banking – we don’t want to be bombarded by excessive regulations, though we will of course be compliant.”

As well as being a traditionally fee-heavy financial system, South Africa also has what has been dubbed as a “pension reality gap”.

On average, South Africans have only saved ZAR 1.8million to buy a pension at retirement but expect to receive ZAR 12,000 a month as a pension income.

Average capital in 2019 was around 22% short of the amount they need to receive that amount, according to retirement income firm Just SA.

“South Africans’ expectations of what their retirement income will be, based on current savings and returns, will not be realised,” Just SA’s Bjorn Ladewig said last year.

“There is a major gap between expectation and reality.”

Read next: South African association predicts the death of the cheque