Why retail banks will disappear 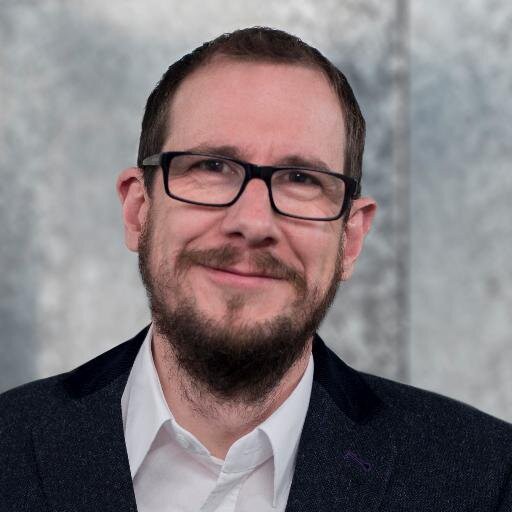 A few years ago I predicted that there would be three types of retail bank in the future: pipes, stacks and hubs.

Given the ever-evolving financial services landscape, how did I do with those predictions?

Change is happening, but it’s not evenly distributed

The new European law, the Revised Payment Services Directive (PSD2), which came into force earlier this year, created the possibility of “open banking”. It, in theory, compels banks to make their data and services available as APIs, which should turn banks into platforms; ecosystems that enable innovative new services to flourish on them.

Banks have really dragged their heels – a lot have even been given more time to comply as they missed the 13 January deadline. Today most are still doing experiments. A few, like Santander and BBVA, have made a more wholehearted commitment to innovation, taking the fight to the fintechs. (We’re especially impressed with ING’s Yolt app, which our product design team judged to be the best money management app available.)

The problem is one of culture change. Embracing the platform future of banking means letting go of the “walled garden” past. The traditional bank model is to “manufacture” and push products to an inert customer base, and those decades-long habits are ingrained in their very structures. Big banks are struggling to adapt to a world where customers are in control.

This is why we have to look to the startup space to find new players like Monzo who are most fully embracing the platform vision.

Many of the new fintechs have plugged together bits of third party infrastructure to create their platform. Sometimes those bits of infrastructure are limited by old technologies, which in turn limits how much those fintechs can truly deliver on their proposition. US neobank Simple’s woes with technology integration breaking their customer experience have been well documented.

Customers of new bank-ish services like Revolut, Loot and Curve have got used to apologetic tweets and emails about payment outages, which are blamed on 3rd party solution providers still relying on old tech.

Some like Monzo are solving this by building their own modern banking infrastructure from the ground up, which is an expensive and time consuming “full stack” solution.

Other start-ups are building their own modern banking infrastructure, but won’t manage customer relationships themselves. Instead they are business-to-business (B2B) platform plays, who want to enable many customer-focused bank-like services to bloom.

Railsbank and solarisBank are both true “pipes” in this model. For example, Penta, a new German bank for SMEs, is built on solarisBank’s platform. Railsbank promises integration “in five lines of code”.

ClearBank goes even further, attacking the core payments infrastructure to remove much of the friction today’s fintechs are having to mitigate. As they say themselves “The revolution that the banking market clearly needs, can only truly be unlocked by a new clearing bank. One without the problems associated with legacy architecture and without operational reliance on any other bank.”

The next step will be to build a decentralised banking platform using blockchain technology. (Klaxon sound for using the “b” word!) This whole space is all seriously early (and also seriously “Wild West”), and it’s tough to see how the first experiments that are starting to happen will coalesce into something customers could ever understand, let alone trust. But it shows the direction of travel in the future – more and more atomisation.

Monzo is perhaps the most pure, most well known, and most successful (in growth terms) of the new banks, and its declared strategy is to be a hub – a current account as the central interface to its customers’ whole financial world, with a marketplace of products from third party providers available to integrate with a tap.

It has shown its community a first demo of its marketplace, using some clever analysis (don’t call it “artificial intelligence/AI”!) to spot when a customer is paying too much for their energy, and offering them a better deal with a new provider.

Again, this is a huge challenge to the big banks “controlling” culture and business model, where they want to “manufacture” their own products to “cross-sell” to “captive” customers.

Of course banks have never been fully “own label”. For years they’ve done deals with other providers for products they wouldn’t or couldn’t develop, and have often branded other companies’ white-label solutions in adjacent areas like insurance. But they always were in control of those deals. The leap is to becoming a true hub, where products compete on their own terms for customers’ business.

The Monzo marketplace model is also a huge challenge to the price comparison websites, whose manual “forms and tables” process feels distinctly old fashioned in comparison (pun intended) to their automated, “in-stream” solution.

Still nothing in this category. (Unless we’re missing something?)

The idea here was to take a modern customer-led, technology-enabled approach to doing everything yourself, in pursuit of a premium customer experience. The Apple of banking, if you like. Only by controlling all the key touchpoints – the hardware, the software and the plumbing connecting them – can the experience be truly seamless.

As I said two years ago, it would be ferociously expensive to build, so maybe only Apple could, with its huge cash pile and nearly trillion dollar valuation. But there’s not even one rumour of them doing so.

The only persistent tech company rumours around banking are about Amazon, but they would do the pipes and/or hub strategy. That’s what they do, industrialise products into platforms.

Where we are today

So how did I do two years ago? Well hubs, pipes and stacks still feels like a useful framework to think about the possibilities of retail banking, and there’s a growing amount of activity amongst the first two of them.

What was missing from the original framework though was unbanks and atomised banking.

Some new retail “banks” like Tide aren’t banks at all. They’re unbanks. They don’t have a banking licence, and are built on a pre-pay platform but offer a bank-like, or even better-than-bank, service.

What’s more radical is where banking stops becoming an activity we do, and becomes a feature of the things we really want to do. The canonical example is still Starbucks’s loyalty and payment scheme, which has some bank-like functionality, and holds as much cash as some banks. As a user it doesn’t feel like you’re doing banking, it feels like you’re buying a coffee and being rewarded for your loyalty. But the experience is enabled by a fragment of bank-like capability.

Like the horseless carriage (or the self-driving car) it’s very tough to imagine what comes after a disruption, because the frame of reference is entirely new and alien, and because everything changes in concert: It’s not just autonomy, but EVs, AI and VR all arriving at the same time and combining in ways we can’t possibly predict.

As good as Monzo is, it is “the best of the last”. It’s what banks should have been like all along. It doesn’t point to a radical new future.

There are clues though that we could be moving into is a world with no banks like we understand them today. Where big, centralised institutions just aren’t required, and their functions are made part of the network and atomised across the activities we do want to do, like getting coffee.

PSD2 should enable fragments of banking functionality to connect seamlessly into a network. So imagine your can get coffee at Starbucks with interest from your Cash ISA with a totally different provider., with the minimum possible interface to make that happen.

This is why retail banks could “disappear”, because we’ll never again need to “log-in” to a “dashboard” to “set up a direct debit”.

It’s all about the customer

Lastly, it’s worth echoing some of the most-highlighted and shared themes from the original article.

These changes aren’t really about technology, they’re about customer centricity. It’s about giving customers banking that acts in their best interests (rather than a bank that is waiting to pounce on them when they make a mistake).

The industry loves to focus on regulation and technology and scale and how difficult everything is. Meanwhile customers are busy changing their expectations, and are getting ready to adopt a new world of distributed banking that is stacked in their favour.