Penta’s on for business bank accounts in Germany 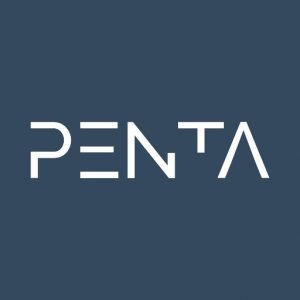 As reported in March, Penta and SolarisBank joined forces to provide German businesses with “fast access to bank accounts”. At that time, Penta’s bank account was aimed at high-tech SME businesses, and said it would go into beta testing in July.

In the latest development, CEO and co-founder Lav Odorovic says it is inspired by productivity apps used by start-ups such as Slack and Trello.

Odorovic says banks are “stuck in the 20th century because of their outdated tech and bureaucracy – not to mention the high fees” and it plans to give start-ups “access to the banking products and services they need to scale quicker”.

Odorovic adds: “However, we won’t rush to onboard everyone. Founders are trusting us with their money, so we want to onboard everyone slowly to make sure everything works as expected. It may take us several months to get through the waitlist.”

In terms of features, the open beta will enable German registered businesses to open a business bank account online. Customers will receive a business debit card and the option to issue multiple debit cards to their team. A Penta account is “free to open and free to use”.

Its long-term vision is to offer an app store of unspecified third party services and business apps.

Penta is a partner of solarisBank. All deposits are held at the latter bank, which has a pan-EU banking licence. Via solarisBank, Penta customers will have insurance on their deposits via the EU Deposit Guarantee Fund that insures all deposits up to €100,000, “just like in any other European bank”.

In addition, Penta explains that it is funded by senior banking executives from the UK and Germany, such as Richard Davies – formerly the head of business banking and digital propositions globally at HSBC.