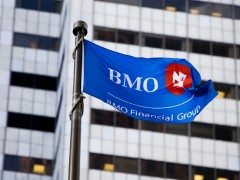 Finn.ai, a Canada-based developer of conversational banking tech, has launched a new personal banking chatbot for the Bank of Montreal (BMO).

The chatbot – called BMO Bolt – is available via Facebook Messenger, which is Canada’s “top messaging platform”, according to Finn.ai.

84% of the country’s population uses a smartphone to access Facebook and 38% performs mobile banking tasks via mobile phones, the vendor adds.

Brett Pitts, chief digital officer at BMO Financial, observes that “digital is increasingly becoming the preferred way for our customers to engage with us on a daily basis”.

BMO Bolt is capable of answering 250 common inbound questions such as information on BMO products, foreign exchange rates, as well as branch locations and ATMs, 24×7. “It will learn to answer additional questions each time it interacts with a BMO customer, allowing the technology to continually evolve,” Finn.ai adds.

The project follows on from Finn.ai’s similar deals with a smaller Canadian financial institution, ATB Financial, and Banpro in Nicaragua. Finn.ai says it is “the first ever public launch of a chatbot with a national, tier one Canadian bank”.