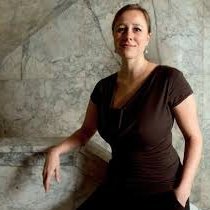 Canadian start-up Finn.ai (formerly Payso) has teamed with ATB Financial for the “first ever banking chatbot” on Facebook Messenger.

In an interview with Betakit, Finn.ai co-founder and COO Natalie Cartwright says it has been in talks with ATB since Q1 2016, and “after initial work had already begun on design and integration, the organisations are ready to move forward”.

Cartwright says: “This could be the first service of its kind in North America.”

She adds that Finn.ai is “building out personal financial managers powered by AI, optimising messages for business that can be put through SMS apps, or websites”.

The proof of concept (PoC) with ATB has been developed to let customers “check their balance and latest transactions” in Facebook Messenger. Cartwright says the company is now getting interest from banks in the US and Europe.

This year, Finn.ai has wound down its P2P payments product, changed name, and now looks to be focusing on the chatbot.

The heat is on

Barclays Africa is also piloting a chatbot, making it the “first bank” to do so in Africa.