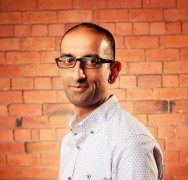 From the very first coins changing hands in 700 BC, through to the Bank of England pioneering the first use of a pre-printed form – or cheque – in 1717, and the emergence of credit cards in the mid 20th century, how we pay for goods and services has continued to evolve. We now face a cashless society, writes Akif Khan

Along with the general trend and acceptance seen with everything from the music business to books to move away from something tangible to something digital, the evolution of payments has accelerated into the digital realm. As books have moved from our shelves to our Kindles and music from our CD racks to our iPods, our money is moving from our physical to digital wallets with the likes of contactless payments, payment by Twitter and bitcoins increasingly being used. In fact, many predict that cash will soon be consigned along with cheques into the great big piggybank in the sky.

There is no doubt that we are steadily moving closer towards a cashless society. Latest figures show that cash is no longer the favoured method of payment in the UK, with card and online transactions overtaking it for the first time. Last year £19.8bn was spent using cards, online payments or cheques, while only £18.3bn was paid in cash. This has followed a gradual decline in cash usage. Just six years ago in 2009, £21.4bn was spent in cash compared with £15.4bn paid using other methods.

A recent survey by Princeton Survey Research Associates International showed that nearly one in ten don’t carry cash anymore. The survey also showed that 78% carried less than $50, and 49% carried $20 or less, highlighting that people are increasingly just carrying cash out of necessity, rather than because they prefer paying by cash.

The launch of Apple Pay in the UK last month is likely to accelerate this trend and is proof positive of the latest generation’s acceptance of digital transactions as a legitimate, and secure, payment mechanism. Its great South Korean rival, Samsung, is currently trialling Samsung Pay in its homeland with a launch in Europe supposedly just around the corner. But for many industry insiders, both are but a stepping stone to full digital transformation towards digital currencies such as bitcoin.

A recent global PwC survey showed that there is an increasing acceptance of the move towards Bitcoin and other digital currencies. 39% of respondents state that they can envisage “using a digital currency in the future” with a further 36% saying they weren’t sure, leaving just a quarter (25%) of the global sample that firmly ruled out using a digital currency. One of the reasons behind this willingness was thought to be that consumers have begun to see digital currencies being used in other sectors – such as the entertainment industry – so were more accepting of it as a payment method.

Indeed, the bitcoin currency is experiencing unprecedented interest, particularly in the wake of the increasingly volatile Euro and many re-evaluating the relevance of existing payment mechanisms within a modern, global economy. In fact, in early July some 201,720 daily transactions were undertaken in bitcoin, a new high and over three times what was recorded just 12 months previous. In total, there are now around nine million bitcoin wallets in circulation and an estimated 100,000 merchants worldwide that accept the currency, including Rakuten, Microsoft, Dell, Overstock and Expedia.com.

Payment trends are constantly evolving in line with developments in technology. Retailers want and need to make it easy for people to buy from them regardless of market or device, and this means being able to handle a growing range of traditional and digital payment solutions. Online retailers in particular need to ensure they keep up with the market trends – not just in the UK but globally to take into account any international customers they may have – to make sure they’re meeting these shifting consumer requirements and keep the virtual tills ringing.