The world’s largest cryptocurrency, Bitcoin, fell below $37,000 this week for the first time since February following China’s national ban on cryptocurrency services.

Last week’s decline was sparked by Elon Musk’s Tesla announcing it would no longer accept the currency due to its negative impact on the environment.

Tesla still holds its $1.5 billion investment in Bitcoin, bought back in February. 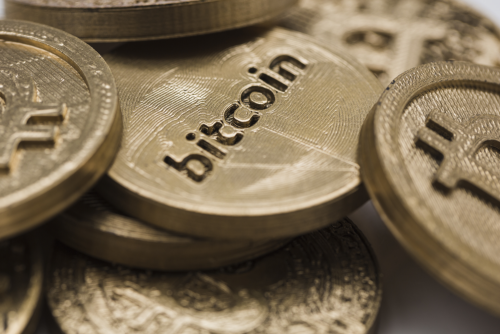 Bitcoin isn’t the only cryptocurrency to suffer a decline following China’s nationwide ban. Ethereum and Dogecoin were down more than 16% on Wednesday, whilst XRP fell more than 11%.

Dogecoin has experienced a meteoric rise in 2021. Since the start of this year, its value has surged more than 14,000%.

On 18 May, China banned its financial institutions – including banks – and payment companies from providing services related to cryptocurrency transactions.

Firms must not offer clients any service or product involving cryptocurrency, such as registration, trading, clearing and settlement. They also can’t provide saving, trust or pledging services of cryptocurrency.

Individuals are not barred from holding cryptocurrencies in China. Though with no local firms offering crypto-related services, and without access to local cryptocurrency exchanges – which were shut down in 2017 – it’s harder for Chinese citizens to do this.

In June 2019, the People’s Bank of China (PBOC) extended the block to foreign, as well as domestic, cryptocurrency exchanges.

“Recently, cryptocurrency prices have skyrocketed, and plummeted, and speculative trading of cryptocurrency has rebounded, seriously infringing on the safety of people’s property and disrupting the normal economic and financial order,” the bodies said in the statement.

No to crypto, yes to CBDC

Whilst the PBOC is anti-cryptocurrency, it is a front runner in the global race for a central bank digital currency (CBDC).

In October, PBOC deputy governor, Fan Yifei, said at the virtual Sibos 2020 conference that the central bank had processed $162 million in virtual yuan.

A month later, news emerged that China was working with Hong Kong Monetary Authority (HKMA) and the Thai central bank on using digital currencies for cross-border trade in Southeast Asia.

PBOC plans to pilot its digital yuan at the 2022 Winter Olympic Games in Beijing. As of October, the bank had completed pilots in Shenzhen, Suzhou, and Xiong’an.

These pilots have explored more than 6,700 use cases. They cover bill payments, catering services, transportation, shopping, and government services. Technologies tested to pay with digital yuan include barcodes, facial recognition and tap-and-go.

Yifei urged more central banks and governments in October to prioritise the centralised issuance of fiat currencies to curb the development of private mints – like Bitcoin.

“To protect fiat currency from these crypto assets and safeguard monetary sovereignty, it is necessary for the central banks to digitise bank notes through new technologies,” said Yifei.

Whilst Yifei believes emerging technology is key for cross-border payment innovation, he warned central banks sleeping through this innovation that commercial competition will profit from it if they don’t.