Winners and losers for 2023

Happy new year to you all! To kick this year off, I’m starting with my forecast for 2023, and I’d love to hear if you agree or disagree. 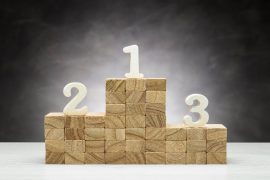 Let’s kick the year off with my forecast for 2023

Let’s start with the losers. With the backdrop of a severe downturn in most economies, it must be clear that the funding for speculative technologies will dry up, so my list should not be a surprise.

The metaverse: I still feel that the technology and propositions around the metaverse are not ready for mainstream users. As I’ve said previously, we are still waiting for a better experience – one that is much closer to the real world. For this to improve, it is not just better graphics that are required, but increased processing power, more memory, and greater bandwidth. It’s like the internet in the late 90s. Until we had cheaper and more powerful devices with broadband access, internet adoption was pretty slow. In addition to this, we need some “killer apps”, the equivalent of email: something that the vast majority of people will use. I expect more organisations to tail down their spending on the metaverse this year.

Fintech: We’re already seeing a drop in fintech funding, and that will continue over the year. For existing founders, it will be hard to accept “down rounds”, but they should consider themselves lucky to have offers in such a bad economic environment. For new start-ups, the task will be even harder, and they will have to seek out their richest friends/family or tap into angel investor networks.

Banking-as-a-Service (BaaS): There is no doubt in my mind that BaaS has a future. However, the number of players competing and the cost to scale means that this year we will see fewer players as funding dries up and larger players take advantage by scooping up bargain companies. I wouldn’t be surprised to see legacy core vendors and larger fintechs striking deals to rescue BaaS strugglers.

Let’s move on to more positive thoughts about 2023 with a look at where I think the winners will be.

Generative AI: Generative AI was the number one Christmas hit last year, with most headlines focused on ChatGPT, which seemed to create enough noise to raise the profile of a number of other players like WriteSonic. Early results show there is room for improvement, especially before this is used as a core technology in BAU scenarios. However, there are clear signs that this is not a technology to be ignored for innovators and early adopters now. And no, I didn’t generate this post using AI!

Crypto: This may surprise some of you given the “crypto winter” we have seen for most of last year. Especially as I also expect this winter to get harsher as investors further de-risk their portfolios after recent events. However, my focus is on the underlying technologies like blockchain, and already we are seeing a clear trend if not a race for most countries to issue their own central bank digital currencies (CBDCs). The EU parliament has published the Markets in Crypto Assets Regulation and the UK has stated its aim to become a world leader in crypto (in much the same way it has aimed to do with fintech). We will of course see more bad players and poor projects being weeded out, but that will not detract from its clear benefits and continued adoption.

Composable: Again, maybe not an obvious one, but progress in this space has accelerated in 2022, and with success stories aplenty, it is moving out of the innovators phase towards early adopters/majority. The economic backdrop is an advantage in that this technology can not only improve agility but also reduce costs, something every company will be prioritising this year.

I’d like to think that both fintechs and banks will come to the rescue of customers in the face of the cost-of-living crisis, but at the time of writing, I’ve not found much evidence in the UK, although there are a handful of examples in the USA. Also, while there is lots of action in the ‘green’ camp, my gut feel is that sadly this will not be a strong enough focus for most financial companies this year. Although, I do hope I am proven wrong about these last two.