This is a question I know has been heavily discussed at most banks. 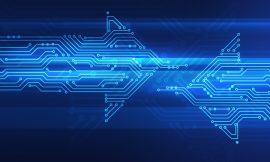 What are the main reasons or drivers for changing your core?

It requires deep analysis and much debate because changing a core is not easy. It is something that has been described as like performing open-heart surgery while the patient is still awake or changing the engine of a plane while it’s in flight.

Whatever analogy you use, changing your core banking system is not something that is decided on a whim. As we’ve seen with projects that have failed, it can cost the bank a huge amount of time and money, and at the very least it can cost you your job. I’ve heard senior execs say that they plan to retire soon, so why would they take the risk?

There are many challenges when it comes to changing your core, but for me, the biggest challenge is the fact that so many other systems feed off that core, so switching means reconnecting these systems to the new core. In a large Tier 1 bank, there are at least hundreds of connections if not thousands.

The second key challenge is the data. Customers will have products running on the old core and will need this data to be accessible. The complexity of data migration is dependent on the number of customer segments (retail, corporate and wealth) and the range of products (large banks can have thousands).

For me, it’s easy to understand why banks don’t change their core too often. So, what are the main reasons or drivers for changing your core? I can think of a few:

Skills – Some cores are running on platforms that are outdated and it can be difficult to hire staff that have the necessary skills to manage them. Often these systems are over 40 years old and have millions of lines of code in programming languages not attractive to new developers.

Scale – Banks grow over time through new products, geographies, customer segments and mergers/acquisitions. In addition to this, customer behaviour has increased the number of transactions that are processed. Some platforms are struggling to scale to handle these new volumes.

Cost – Newer technology is generally cheaper to run than older platforms. Cloud technology has enabled business models to evolve and banks now only have to pay for whatever computing they consume. Previously, banks would have to buy platforms larger than they needed with a view to future-proof their investment.

Agility – Legacy core systems are monolithic software solutions where even the smallest change means having to reinstall/upgrade the entire core platform. Modern core solutions are based on microservices, meaning that only the actual services that have been updated have to be updated when new upgrades are developed. This drives agility as testing effort is reduced. Modern solutions also benefit from the hindsight of legacy solutions and tend to be more flexible when it comes to change.

Product innovation – Legacy cores have generally been implemented for specific product lines. These product lines are “parameterised” to allow banks to define new products with different characteristics. However, as I’ve written about before, modern solutions have greater flexibility when it comes to defining new products – they are often implemented as smart contracts which allow the banks to code new parameters and product behaviour.

Changing customer needs – Customers are accessing their accounts and transacting more. They expect their bank to be available 24/7 from any device. They also expect a wider range of products and services, and it would be impossible for banks to develop everything. Therefore, banks are creating ecosystems of third-party suppliers to provide additional products/services that leverage customer data. A modern solution enables banks to create an ecosystem that requires APIs to access data.

Engagement – Banks that want to retain product relationships need to engage with their customers better. As I’ve written before, this requires a whole new “single brain architecture” based on real-time data and not on dated batch marketing. With many more new banks offering “better banking”, the battle for customers will be won by banks that engage their customers best.

I’m sure there are other reasons, too. However, it is clear that the business case for a new core is no longer just about aging systems and availability of skills. As technology and customers continually change, the pressure on banks to change will increase. Meanwhile, new players like Ant Financial have re-written their core banking platform at least four times in the last 15 years!

I’m just saying the sooner banks start their planning and work out their strategy to move to new technology, the better for the bank. This is a board responsibility as inevitably there will be a CEO more concerned about protecting their retirement than creating a future for the bank.