Joseph had worked in a traditional bank for all his life. He felt that his bank had served customers well for over 100 years. 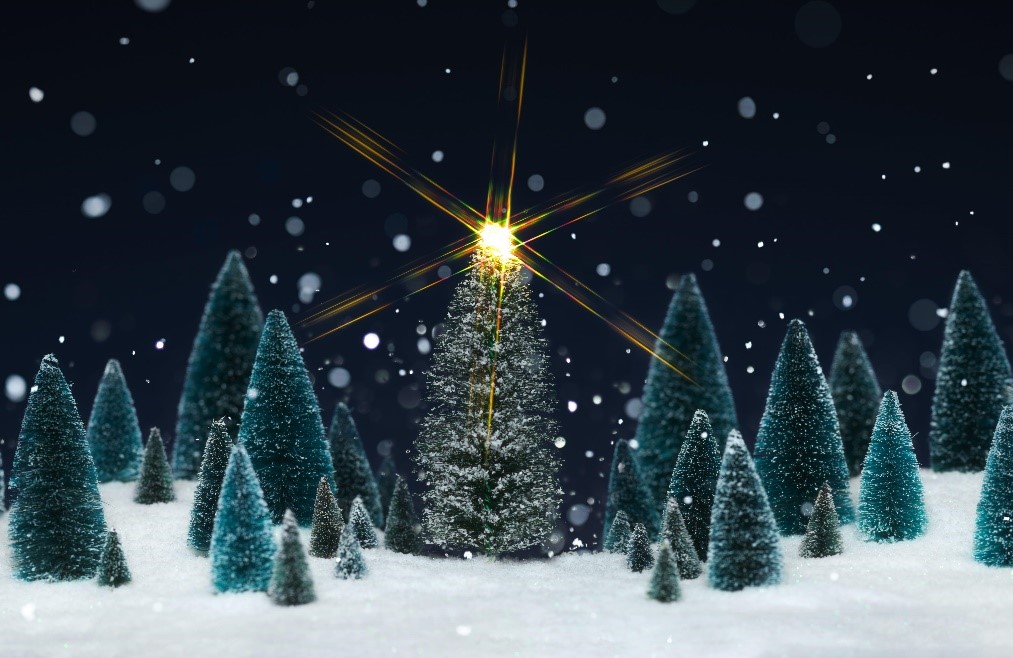 Merry Christmas to all my readers and followers!

During that time the bank had seen many changes and challenges. And yet it was still here, and Joseph felt that most likely it would still be here in the next 100 years. Banking is just about money after all, and we will always need that, he thought. Of course, we are all using branches and cash less, but in his mind, money has been digital since the bank introduced computers and networks. The bank had invested in technology heavily. It had innovation teams, started its own marketplace and was already using new technologies like AI.

Meanwhile, Joseph’s wife Mary was busy working hard in their small home office. She had been busy for almost nine months and was almost ready to give birth to her new venture – a neobank. She had met Joseph at the same bank where he still worked, but had always dreamed of having her own.

She knew banking had to change and she wanted to be driving that change. She had done lots of customer research and used the latest approaches in design thinking. Her bank would provide better banking because it would have no legacy and as such it would work backwards from customer needs while not compromising on regulatory requirements, which was her background. Her bank was almost ready.

One night, Joseph and Mary discussed her new venture. While Joseph was fully supportive, he couldn’t understand what was materially different. Mary argued for being fully cloud native – her entire technology landscape (not just the core) provided greater flexibility at much lower cost of ownership. Her customer experience had been designed with customer research, reducing friction wherever possible. She’d also ensured that her business model would allow her to profitably serve the underserved and unbanked. Yet still Joseph argued fundamentally the products were undifferentiated.

There was a knock at the door. Joseph went to open it, and there he found three wise people: Anthony, Paul and Wojciech. In unison, they said, “We come bearing gifts for Mary’s new-born venture. However, you may only choose one.” Intrigued, Joseph invited them in to explain to Mary while he went off to make everyone a hot coco.

Anthony spoke first. “My gift for you is simplicity. If you are successful, then it is inevitable that complexity will creep in as you must expand to compete with the incumbents. Most of your complexity will come from people creating new products, channels and processes. You will need them to have some freedom to bring new thinking, but at the same time you will need to avoid system complexity. My gift will not only allow you to start simple but will enable you to grow as your bank does on a single technology platform that is fully cloud native and flexible. We can help you make banking 10 times better.” Mary hadn’t thought about how things would get more complex further down the line, but Anthony was right, and even Joseph agreed because his bank was hugely complex.

Paul was next: “My gift for you is technology. Let me explain. It is most expensive to run your own computers and software. You will save more if you run on somebody else’s hardware and only pay for what you use. You will save the most if the same platform is run for many banks, but then you will need to be able to scale for billions of users. If you thought of a machine that operated tirelessly for every bank on the planet, you could focus on serving customers because the technology is being taken care of. We are already seeing that successful companies have billions not millions of customers. You could be that bank with my gift.”

Wojciech smiled and then explained his gift. “My gift for you is innovation. Yes, your bank is enabled with all the latest and best technology. However, for you to serve customers better than other banks, a key ingredient will be your product differentiation. You will want to find new customer segments that are underserved and design services and products that solve real problems for that specific group. You will scale by serving new groups, but you must be able to design fundamentally new products and services for each group. Banking has too long used a ‘one size fits all’ approach, and I know you want to change that, so my gift is perfect for you.”

Joseph looked at Mary. All the gifts sounded perfect for what she needed and indeed even for his own bank. Mary was ecstatic that she could have any of these gifts, but at the same time confused as to which she should take. However, she was convinced her new-born venture was sure to change the world of banking whichever route she took.

This is a work of fiction. Names, characters, businesses, places, events, locales and incidents are either the products of the author’s imagination or used in a fictitious manner. Any resemblance to actual persons, living or dead, or actual events is purely coincidental.

Merry Christmas to all my readers and followers. Thank you so much for your generosity in time taken to read my posts and to interact with me online. I’ve really enjoyed writing this column and always welcome feedback and suggestions for new articles. For now, I’m taking a break and wish you and your families and friends a great Christmas and a well-earned rest. In advance, I also wish you a happy new year and happiness and health for 2023!