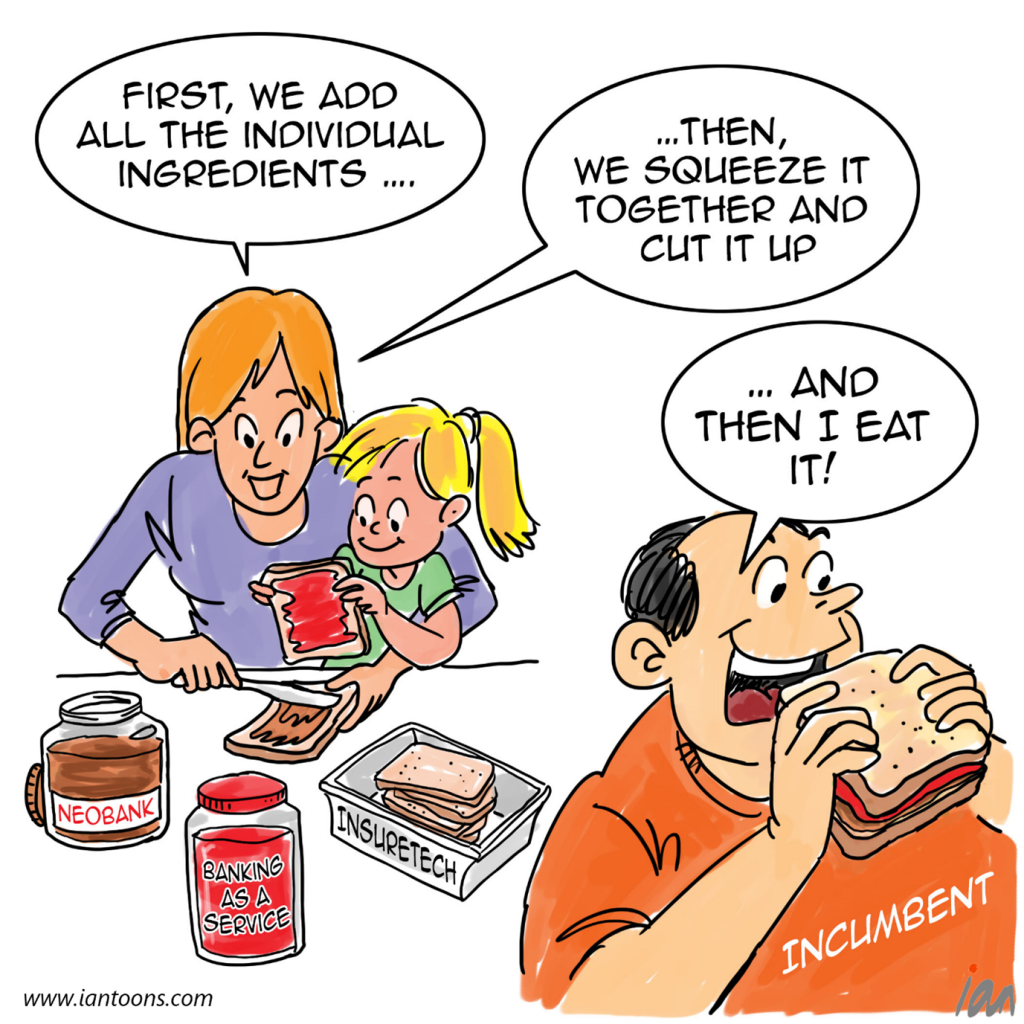 This new cartoon illustrates the beginning of the consolidation and M&A process that the fintech market is starting in earnest.

During the recent boom, 20% of all venture funding went into fintech, which created over-capacity in many of the new business areas. With the tightening venture markets and fewer opportunities (if any) for a public market exit, the fintech market is in full consolidation and M&A swing.

Recently, we have had Fidelity acquire Shoobx (Fidelity’s first buy in seven years) and American Express acquire Nipendo. Future M&A could also see well-funded fintech’s acquire their younger brethren, such as Revolut in the payments space, PayPal in the lending space and Cash App in the credit management and repair space.

According to Jonah Crane, partner at Klaros Group, “If we have a soft landing, and markets head back up, the true bargains may already have passed. And if we are in for a very hard landing, buyers are at risk of catching falling knives—especially in the credit sector.”