US multinational JP Morgan Chase is suing the founder of start-up Frank, Charlie Javice, alleging she lied about Frank’s success, size, and the depth of its market penetration in order to “induce” the bank into purchasing the firm for $175 million in 2021. 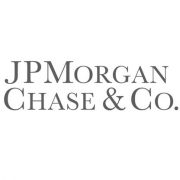 According to the lawsuit, filed in December last year in the US District Court in Delaware, Javice allegedly claimed Frank – a student loan application fintech – had more than 4.25 million student users but had used “synthetic data” techniques to create a list of 4.265 million students who did not exist.

“In reality, Frank was nearly 4 million short of its representations,” the suit alleges.

Conducting due diligence after being approached by Javice about a potential acquisition, JP Morgan says it asked for more details on the fintech’s customer base.

Frank’s chief growth officer Olivier Amar is also named in the complaint. The lawsuit alleges he purchased a list of 4.5 million students from ASL Marketing, a firm that bills itself as having “the most comprehensive, accurate and responsive data of high school students, college students and young adults available anywhere” for $105,000.

Post-acquisition, which saw Javice receive $10 million after landing a job heading up JP Morgan’s student solutions, the bank claims it asked Frank for its customer list to begin canvassing students. The lawsuit alleges of the 400,000 e-mails sent, 28% were successfully delivered, compared to a 99% delivery rate JP Morgan usually sees, and 1% were opened.

JP Morgan claims that following “unusually poor returns” from the marketing campaign, it pored over Frank’s documentation and e-mails, discovering the fake customer list and ASL list. The firm says it compared those lists to Frank’s actual customer list, and examined emails, messages, and chats between Javice, the data science professor, and Amar.

“In every aspect of her interactions with JPMC, Javice had a choice between revealing the truth about her start-up and accepting Frank’s actual value or lying to inflate Frank’s value and reaping the rewards from that inflation,” the suit says. “Javice chose each time to lie, and the evidence shows that time and again she layered fraud upon fraud to deceive JPMC.”

According to a report by Forbes, Javice has since countersued JP Morgan, alleging the bank “commenced a series of groundless investigations” into her conduct and then “manufactured a for-cause termination in bad faith”.