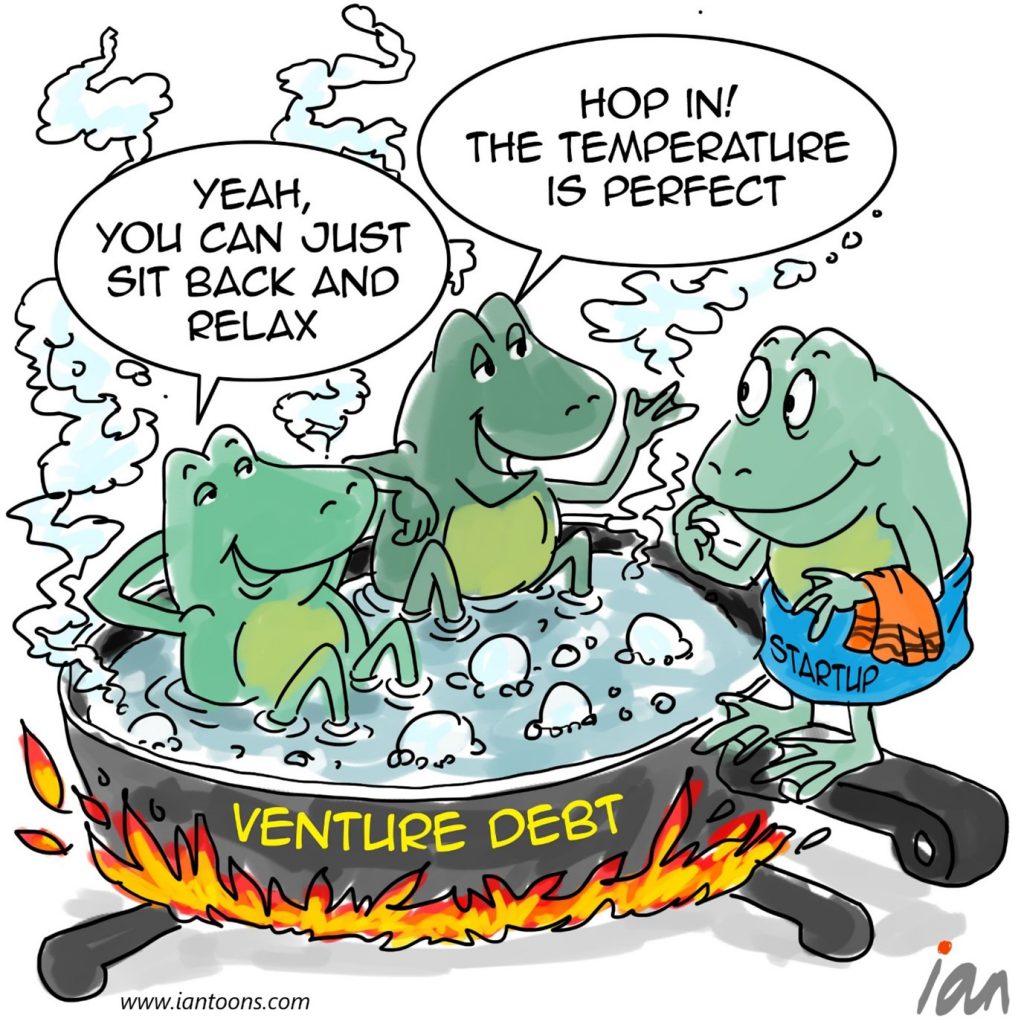 This new cartoon illustrates how start-ups shifting to venture debt as a model to raise cash are storing up trouble.

CB Insights recently reported a 23% drop in venture capital funding to start-ups, which has left many scrambling for cash. Rather than take a hit to their valuations, many start-ups have turned to venture debt funding, with $22.4 billion raised through the end of September.

Venture debt providers typically only work with premium VC-backed start-ups and repayment depends on the start-up’s ability to raise more capital, which will fund growth and also repay the debt.

The problem with debt in today’s climate is that it requires the debtor to have the visibility to consistently repay the loan as we move into a period of prolonged uncertainty. Looking back on prior recessions, the number of venture debt deals show a lagging peak to equity deals, but ultimately succumb to the same market forces.