The future of crypto compliance

Cryptocurrency was once something only for the keenest of technology wizards, but now almost everyone is familiar with the concept. 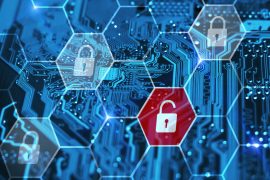 When Bitcoin was first released in 2009, becoming the first cryptocurrency, very few people were aware of it, and even fewer could foresee how one day it would become a household name across the world.

Since those early days of 2009, the cryptocurrency market has become proliferated with many new crypto offerings, and more are springing up every day. According to the New York Times, as many as 100 new cryptocurrency brands are created and minted every day. Cryptocurrencies are now more than ever accessible to the general public and have become a somewhat mainstream affair.

The mayor of Miami, Francis Suarez, has begun taking his paycheque in Bitcoin. He plans to change the residential tax system and the entire municipal financial arrangement to allow citizens to pay taxes and city employees to receive payments in Bitcoin. Meanwhile, El Salvador became the first country to make Bitcoin an acceptable legal tender in September last year.

To demonstrate how fast cryptocurrencies are growing and how mainstream they have become, in the years 2020 and 2021, crypto users increased by a massive 20 million a year, and in the UK alone it is estimated that almost two and a half million people possess cryptocurrency assets.

However, the move into the mainstream has come with many costs, risks and dangers. Fraudsters, ever watchful for new opportunities to exploit, have been drawn to the massive new and scarcely regulated market. The threat landscape has changed significantly, and criminal enterprises are capitalising on the ineffective system.

Along with petty fraudsters, cryptocurrencies are being used for even more nefarious and despicable exploits, including money laundering, terrorist financing and tax avoidance. Widespread exploitation by criminals and wrongdoers has brought about a definite need for more regulation in the cryptocurrency world, which has already begun to change.

Until very recently, cryptocurrency was basically an unregulated area of finance – always a dangerous scenario. It has not been until the last couple of years that any serious regulation has come into effect, and even this is only the tip of the iceberg, with far more needing to be done to clean cryptocurrency of its illicit elements.

Since 2020, any business using or operating with cryptocurrency in the UK has had to be compliant with the Money Laundering, Terrorist Financing and Transfer of Funds legislation. They are also mandated to register themselves with the Financial Conduct Authority (FCA). Many were able to operate on a temporary authority while they waited to obtain full authorisation. However, as of March 2022, many are yet to pass the full authorisation test and face being unable to operate within the UK.

There is a slightly higher level of regulation and compliance of cryptocurrency in the United States, with any financial technology crypto exchange obligated to carry out extensive know your customer (KYC) checks on new applications and to use effective AML controls.

The European Union has also started implementing more of a regulatory system on cryptocurrency with a special regime being proposed through the Markets in Crypto Assets (MICA) regulation. When this is fully adopted throughout the EU, only licensed providers will be allowed to operate legal crypto exchanges.

The government here in the UK is planning on bringing in rules around crypto to bring it more in line with other more regulated financial services and markets such as stocks, shares and insurance. Regulation and stronger compliance are definitely required to weed out the more unsavoury elements of cryptocurrency. As has been discussed previously, the regulation currently surrounding cryptocurrency is highly disparate and fragmented. However, not all crypto firms have been so complacent. Some forward-thinking firms have been voluntarily acting as though they are under usual KYC and AML regulation.

These conscientious cryptocurrency organisations are showing the way forward to a crypto landscape that operates responsibly and complies with regulation to undermine the unsavoury features of crypto.

Regulation and compliance will be a feature of the future of crypto. The US Securities and Exchange Commission (SEC) proposed new rules which will bring many digital asset exchanges under its remit for regulatory purposes. Experts in the sector contemplate that the crypto industry may well fall under an expanded SEC, below a new definition for exchanges.

This is most probably aimed at seizing platforms that trade in securities that are currently not covered under the responsibility of the agency.

One of the most major and fundamental problems facing the regulation and compliance industry when it comes to cryptocurrency is the current disparate and fragmented global nature of regulation and compliance.  Each individual nation and region have varying and often fundamentally opposed approaches to regulatory practices concerning crypto. For example, some countries such as China and Egypt have banned major crypto exchanges. Many others have implicit bans.

As most exchanges operate across borders and globally, this is a significant challenge facing both regulators and crypto providers.

The International Monetary Fund (IMF) has attempted to counter this issue by proposing a global regulatory framework. This intends to include licensed cryptocurrency asset service providers, capital and liquidity requirements and strict limits on exposure.

The IMF is recommending a “comprehensive and coordinated approach to managing risks to financial stability and market conduct that can be consistently applied across jurisdictions while minimising the potential for regulatory arbitrage or moving activity to jurisdictions with easier requirements”. While the wait occurs to discover whether the community of nations will accept these standards and work towards a system that works, crypto regulation is uncertain.