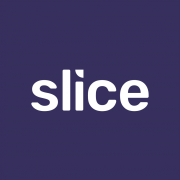 Also participating in the round were existing investors Moore Strategic Ventures and Insight Partners as well as new investor GMO Venture Partners.

According to the Economic Times, which cites sources familiar with the matter, the funding round has not been closed yet, as the fintech expects to raise at least $50 million more to take the raise to $100 million.

The new funding comes after the Indian firm hit unicorn status late last year, raising $220 million in a Series B round.

The Economic Times reports that with the new capital, Slice plans to improve and expand its payments offerings as it diversifies into united payments interface (UPI), a payments rail widely used across India.

Slice issues credit cards through its app which customers can use to pay bills, manage expenses and unlock rewards.

It also offers 2% cashback on every transaction and the option to convert monthly bills into three payable installments.