Building a donation platform in the most carbon-neutral way possible

One of the things I promised when I started writing this column was to write about things that matter. 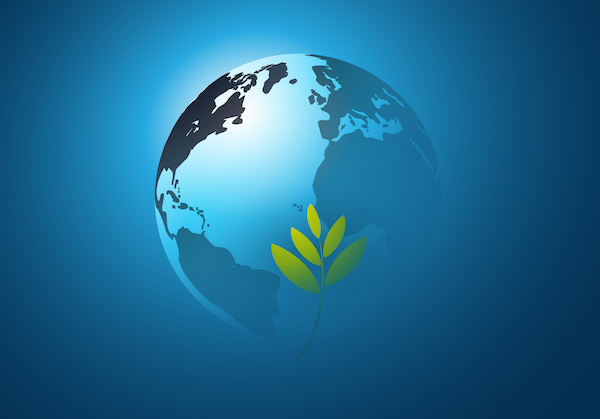 NatWest, the Scottish Tech Army and GoCodeGreen collaborated on the project

This is a story about how a group of people helped tackle a real problem, but as they looked to solve that problem, tried to ensure that they did everything they could to be as planet-friendly as possible.

Part 1 – A request for help

The war in Ukraine has spurred many people into action. The Edinburgh branch of the Association of Ukrainians in Great Britain recently got in touch with NatWest in Scotland and asked if they could help build a donation platform to provide aid for the emerging humanitarian crisis created by the war.

Sheena Hales from NatWest says: “I love bringing the bank’s purpose into action. It was clear that we had to do something, and we had to do it quickly.

“Our Commercial Banking CDIO team worked with the Association to develop a scope. We quickly realised that we would need additional resources to help deliver in the rapid timescales that the project required.”

So the NatWest team turned to the Scottish Tech Army (STA).

Founded by Edinburgh-based entrepreneurs Alistair Forbes and Peter Jaco, the Scottish Tech Army is a not-for-profit company building a volunteer community to help improve the understanding and use of technology.

The group’s stated aim is to mobilise the Scottish tech community, applying its talents, creativity and commitment to achieve the rapid delivery of technology solutions to help solve problems faced by the nation. Formed at the height of COVID in Spring 2020, it has recruited 2,000 passionate volunteers. Many of those involved initially had been furloughed by various organisations.

The response was rapid when the call came in from NatWest for support.

According to Joanna Allen, head of programmes for the STA: “The NatWest team asked us to collaborate with them to build a donation matching platform from scratch within a few weeks. The urgency to support those most in need was palpable. We knew we had the foundations in place, all hosted on cloud, and set about maximising the reuse of many existing components. The NatWest technology team delivered us a working frontend UI within two weeks. After a rapid integration, it was able to go live.”

As the service was being built, the decision was taken that it should look to have the lowest environmental impact possible. The STA reached out to GoCodeGreen, a company that assesses, diagnoses and makes recommendations on the carbon impact of software.

GoCodeGreen made its assessment of the build. Within a matter of days, it had produced a report highlighting where “clean” choices had been made in the build process. Only a few improvements were highlighted that would make a difference, and these were actioned, resulting in a “best in class” rating for the technical build.

Eric Zie from GoCodeGreen tells me: “When Joanna at the STA asked us to support them by assessing the carbon emissions related to building their donation matching platform, we were delighted to help. We loved their story. Their desire to address social and environmental challenges facing the world resonated so well with our mission and values.

“The aspiration to do good at multiple levels all in one software product demonstrated the Scottish Tech Army’s pioneering perspective on technology and how tech can be used to combat some of the biggest challenges of our times. The fact that they can now demonstrate that their own technical choices have resulted in a clean software product is an example to others. It is possible for us all to make a difference.”

Joanne from the STA adds: “The idea of using tech to make a difference and to do it end to end, with sustainability at the core, is a pattern we want to use again and again.”

The donation site has been a big success and has supported the delivery of over 100 tonnes of targeted aid to Ukraine and helped provide displaced Ukrainians arriving in Scotland with essential items.

When I spoke to the team, the sense of achievement was incredible. Working in collaboration, NatWest, the Scottish Tech Army and GoCodeGreen had very rapidly built a low-carbon-impact charity donation platform supporting the humanitarian crisis in Ukraine.

So other than a heart-warming tale, what are the key take-aways?