The metaverse: sorting fact from fiction

I was recently asked to speak to a gathering of asset managers about the metaverse and its potential opportunities and threats. 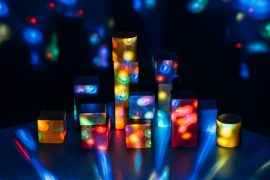 Having agreed to do this, I thought preparing for the talk would be straightforward. We are, after all, surrounded by huge media focus on the subject.

But I soon realised that nobody seems quite sure what the metaverse actually is. There are obviously definitions, such as ‘the next generation of the Internet (wow!)’.

Overall, there is agreement that it will be immersive, including virtual (VR) and augmented reality (AR), and be persistent. I would also add standards enabling interoperability.

The metaverse is currently being built as a series of islands that need to be connected before anyone can say it has truly arrived.

If the definition of the metaverse is hard to pin down, what are some of the things that we do know?

We do know that there is a lot of hype. A quick look at Google Trends shows that the metaverse has been trending since October last year. What’s fascinating is that the shape of the graph between then and now roughly follows the average hype cycle chart.

What else? It seems that companies see a very bright future for the metaverse. A report published recently by Citibank titled ‘Metaverse and money: decrypting the future’, forecasts the total addressable market (TAM) for the metaverse to be between $8 trillion and $13 trillion, with five billion users by 2030. Other banks are equally bullish, and a virtual land grab is underway.

Why? The answer to this optimism lies in the building blocks being put in place.

So, what are the building blocks?

The first one is the game platforms. Anyone who has teenage children with access to devices will know the names of some of these platforms—Minecraft, Roblox, Fortnite, Call of Duty, etc. But many of us are unaware of the scale of some of these games.

Fortnite has 350 million subscribers globally, Call of Duty has 400 million, and over 150 million people play Roblox once a month and 33.4 million daily. In the context of a global population of eight billion, a statistically significant percentage are in these environments at any one time.

These worlds are immersive and have persistence and are played through games consoles and high-end gaming PCs. And the graphics are becoming more and more realistic. Gamers’ behaviours are worth watching as they start to build communities and engage in commerce. Currencies are beginning to appear and can be used to buy items, such as skins or digital clothes for users to wear. Players are not thinking twice about buying digital fashion for their gaming avatars. Only this week, the first pure-play digital fashion brand DressX launched its collection on Roblox. The market for digital apparel is forecast to grow to over $50 billion by 2026.

But these platforms are centralised and exist as walled gardens. Until someone can (virtually) walk out of one game into another, it will be challenging to say that the metaverse has truly arrived.

I asked Suresh Balaji, HSBC’s CMO for Asia Pacific, why the bank invested in The Sandbox. He told me:

“The metaverse is how people will experience Web3, which we believe is the next generation of the Internet—using immersive technologies like augmented reality, virtual reality and extended reality.

“At HSBC, we see great potential to create new experiences through emerging platforms, opening up a world of opportunity for our current and future customers and for the communities we serve. We make our first foray into the metaverse through our partnership with The Sandbox.

“We truly see that virtual reality, augmented reality technology and all of these new three-dimensional interfaces will gain mass adoption at some point. HSBC has always been invested in communities. Gaming creates huge communities.”

Meta, formally Facebook, is pointing towards this virtual future, and they appear to be dragging the rest of us with them. If you look at the Google Trend report mentioned above, interest in the metaverse spiked when Mark Zuckerberg announced the rebranding.

Web3 is another building block. Web3 technologies are increasingly finding their way into games platforms and virtual worlds. The currencies mentioned previously are increasingly crypto and blockchain-based. So, while Web3 and the metaverse are different, there is a significant overlap. And while the platforms themselves lack interoperability, the currencies that have found their way in can be part of a person’s overall wealth and managed accordingly.

So, where does it all end? Nobody is quite sure, but to dismiss it as pure hyperbole is to miss the point. Games platforms demonstrate the global appetite for virtual worlds. But it is anyone’s guess when we will all walk into our screens and move between platforms.