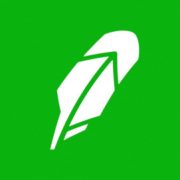 Founded in 2018, Ziglu allows users to buy and sell up to 11 cryptocurrencies, make payments using a debit card and move and spend money abroad, without fees.

The deal forms part of Robinhood’s mission to “democratise finance” as it looks to “start opening our crypto platform up to customers internationally”, the company says.

Ziglu founder and CEO Mark Hipperson says: “Ziglu and Robinhood share a common set of goals, working to reduce the barriers to entry for a new generation of investors.”

The undisclosed investment from BNP Paribas’ Global Markets Strategic Investments unit is part of the company’s wider strategy to partner with high-growth fintech companies to provide them support and leverage new services for the group’s own clients.

It follows a series of investments in other fintechs and digital firms, including Kantox, Symphony, Saphyre and Forge.

“We are not only investing in the fund but also looking at potential partnerships and co-investment opportunities which will support the capital markets industry and develop the next generation of fintech champions.”

At $2bn, CoinDCX claims to be the highest-valued crypto firm in India

Indian crypto exchange CoinDCX has raised more than $135 million in an oversubscribed Series D funding round, valuing the company at more than $2 billion.

The round was led by Pantera and Steadview and saw participation from Kingsway, DraperDragon, Republic and Kindred as well as existing investors B Capital Group, Coinbase, Polychain and Cadenza.

Following the Series D, the Mumbai-based company now claims to be the highest-valued crypto company in India.

CoinDCX CEO and co-founder Sumit Gupta says the investment “only reinforces the belief in India’s immense potential in the crypto ecosystem”.

US-based financial infrastructure platform Stripe has announced the appointment of James Phillips as its new president of financial services.

Phillips joins Stripe after a decade at Microsoft where he helmed the Digital Transformation Platform Group, scaling the team from 200 to over 15,000 employees across six continents and generating over $15 billion in annual revenue.

Stripe says that Phillips brings both developer and entrepreneurial experience to the table having previously led three start-ups, including Couchbase, one of the first NoSQL companies. 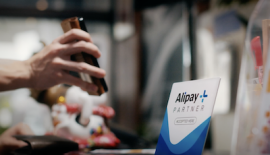 2C2P’s merchants will be connected to Alipay+

China’s Ant Group has entered into a strategic partnership with payments platform 2C2P which will see the firm become a majority shareholder in the Singaporean fintech.

While financial details have not been disclosed, the pair say the partnership will aim to accelerate digital payments adoption and innovation in Southeast Asia.

The deal will see 2C2P’s merchants connected to Alipay+, extending its payment option offerings to include more e-wallets and local payment methods.

“Through this complementary partnership with Ant Group, 2C2P will be connected to a much larger merchant base and be well-positioned to advance our international expansion strategy,” says Aung Kyaw Moe, founder and CEO of 2C2P.